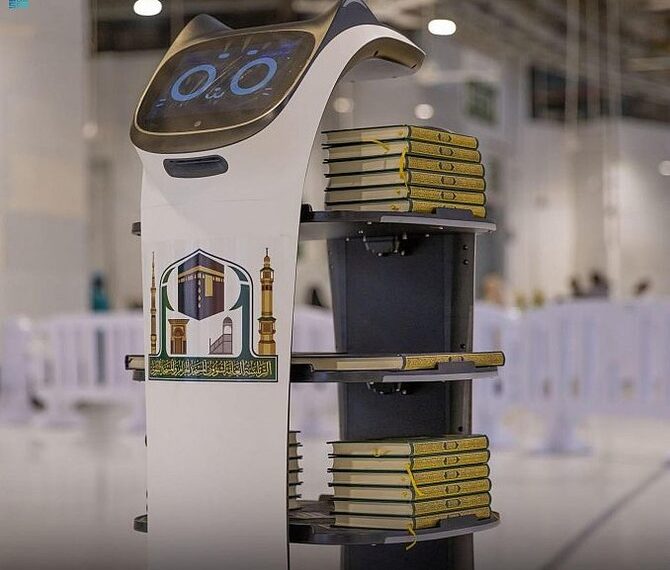 RIYADH: For the first time a robot distributed copies of the Holy Qur’an to pilgrims performing their final Hajj ritual before leaving Makkah.,

Tawaf Al-Wida is performed before a pilgrim departs from Makkah and is an obligatory ritual.

Sheikh Badr bin Abdullah Al-Furaih, deputy president for guidance affairs of the General Presidency for the Affairs of the Two Holy Mosques said the robot uses a dual automatic navigation system and has a three-dimensional sensor to avoid collision with barriers and people.

Al-Furaih said that the use of technology, modern applications, and artificial intelligence is one of the priorities of the head of the presidency Sheikh Abdulrahman Al-Sudais.

Pilgrims are stoning the pillars at the Jamarat Bridge for a final time on Monday before returning to the Grand Mosque where they will perform Tawaf Al-Wida.