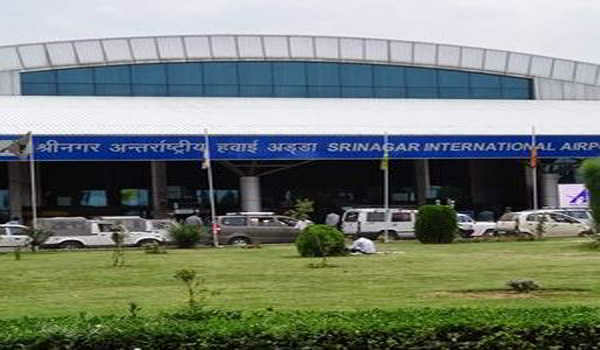 Srinagar: Emotional scenes are witnessed these days at the Srinagar International Airport where Hajis arrive to see and speak to their families for the first time since the authorities imposed a communication blockade in the region on August 5.

Last Monday, the family members of Abdul Majid were waiting for him. As soon as he came out of the Airport, he hugged his family members with moist eyes.

Majid, who performed Hajj, had not spoken to his family for two weeks due to communication blockade imposed in the wake of abrogation of Article 370 earlier this month.

“I feel happy to see my family. We have made a lot of prayers and everything will be fine soon Insha Allah. We prayed for the peace and prosperity of Kashmir,” he said, as he boarded the vehicle awaiting him.

Majid was one among the 304 Hajj pilgrims who arrived in the first batch in two flights here on Monday after performing the pilgrimage in Saudi Arabia.

“How did you celebrate Eid here amid restrictions,” another Haji, who broke into tears, asked one of his relatives, who replied: “I can’t explain to you. Most people have been confined inside four walls for days.”

An elderly Haji from south Kashmir’s Pulwama district too said he could not speak to his family for two weeks.

“All Kashmiri Hajis were worried about their family members due to restrictions on communication. We did not know what had happened to our families. I can’t explain how happy I am after seeing my family,” he said.

Bashir Ahmad, a relative of one of Hajis said they had reached the Airport 7:30 on Monday morning. “We had to wait more than two hours to meet the arriving Hajis. There was no clarity on their arrival due to restrictions on communication,” he said. “We are happy after seeing our loved ones. We were eagerly waiting for them,” he said.

Even family members of several Hajis, who are still in Saudi Arabia, meet other arriving Hajis to inquire about their well-being.

“I have come here to know from Hajis about my uncle as we have no communication with him for the last 14 days. I wanted to know about him from another relative who returned from Hajj today,” said Farooq Bhat, a resident of Bemina.

On Monday, the pilgrims were received at the Airport by Advisor to Governor Farooq Ahmad Khan, who was accompanied by Divisional Commissioner Kashmir Baseer Ahmad Khan, Inspector General of Police Kashmir SP Pani, and Deputy Commissioner Budgam Tariq Ganie.

Meanwhile, the government in a statement said that Hajis expressed their satisfaction over the elaborate arrangements that they were put in place by the government to ensure that they would perform their religious duties without facing any hurdles.