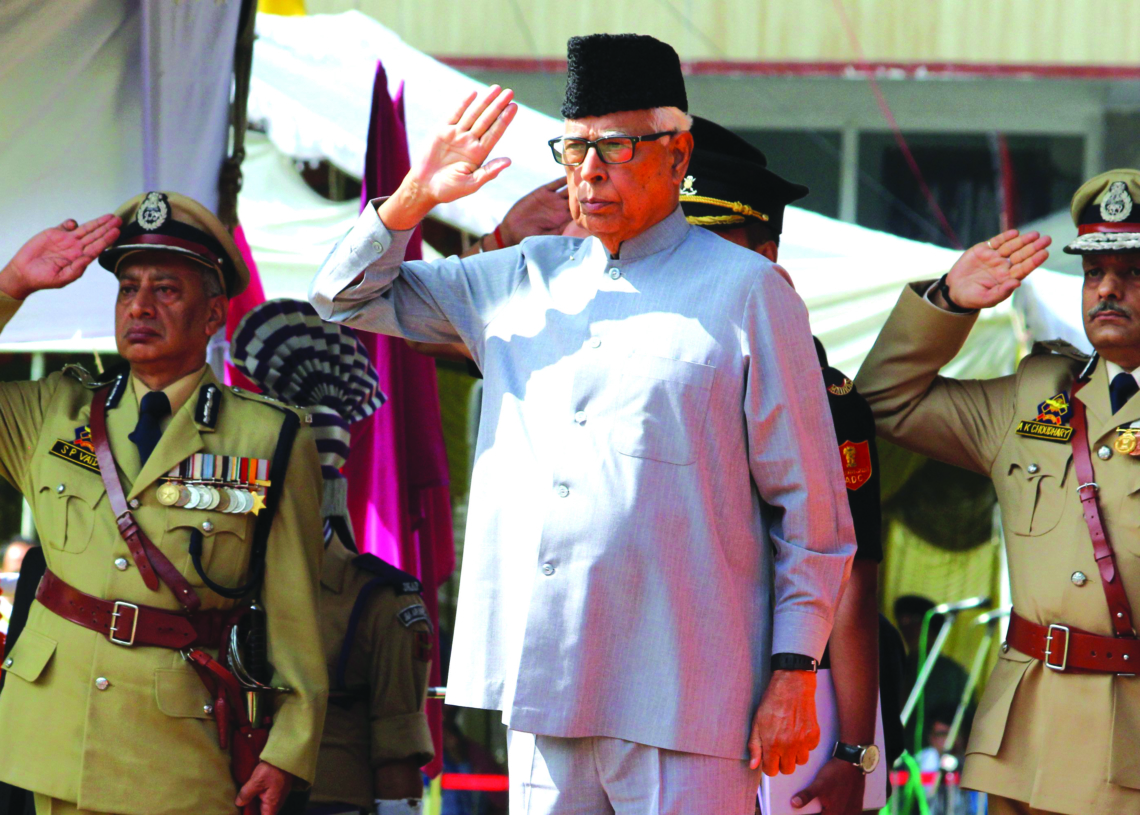 Srinagar, Aug 15: Governor N N Vohra hoisted the tricolour at the State level function on the occasion of the 72nd Independence Day of India, at Sher-i-Kashmir, Cricket Stadium, Wednesday morning.

“A colourful cultural pageantry based on national integration and the glorious composite heritage of the State and an impressive display of martial arts was presented on this occasion,” an official spokesperson said in a statement.