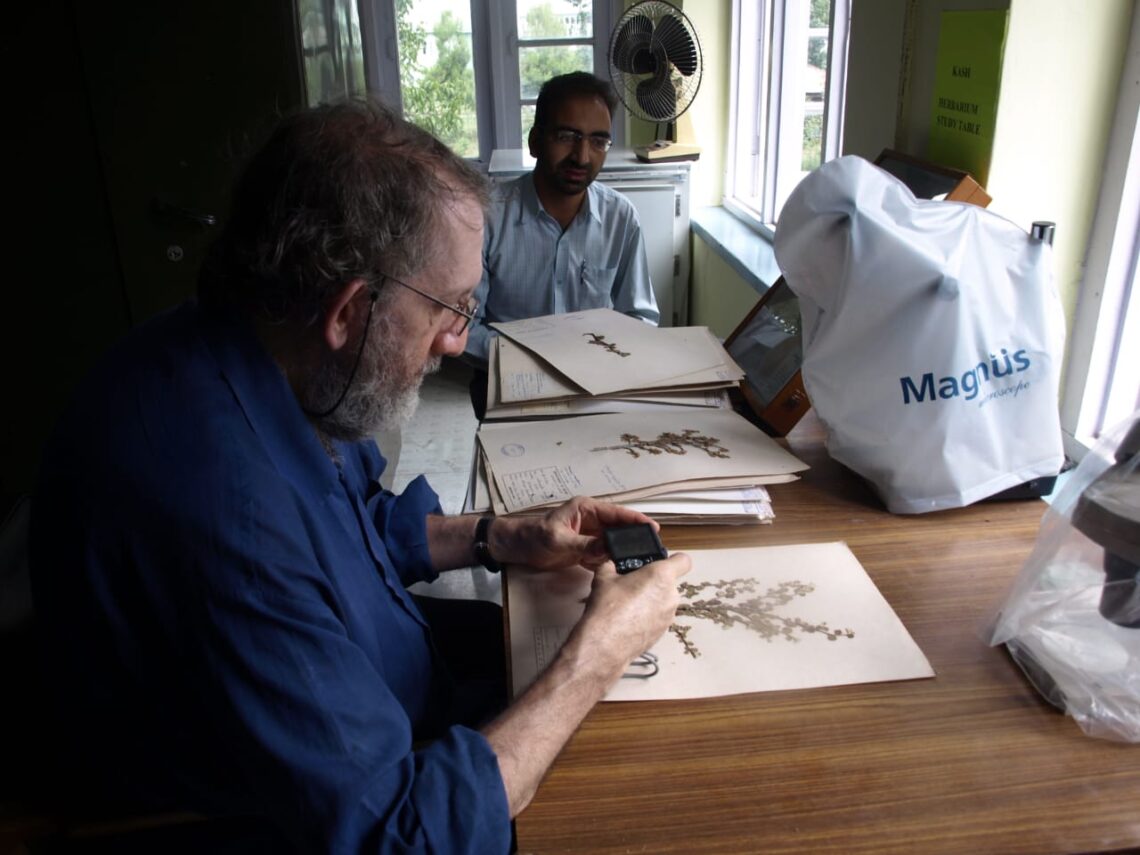 Srinagar: Ever thought of getting acquainted with the diversity of plant life in Kashmir without having to resort to bookish study in drab libraries?

The herbarium of the Centre for Biodiversity and Taxonomy in the Department of Botany at Kashmir University is the right place to seek information.

With over 60,000 plant specimens and still counting, the herbarium is a repository of plant wealth for scientific study in Jammu, Kashmir, and Ladakh. It has emerged as the 3rd largest herbarium in the North-western Himalayas housing different types of specimens and 40 taxa (Plant species) that have been described as “New to Science” from this region. Taxa are those species that are endemic only to this part of the world

Established in 1972 with a collection of about 500 plant specimens,  it has been considerably enriched with plant specimens collected from diverse places such as Gurez, Karnah, Keran, TTullel, Bhardarwah, Doda, Drass, Zanskar, Drass, Kargil, Nubra valley and Leh, etc.

“Consequently, it earned recognition from the New York-based International Bureau for Plant Taxonomy and Nomenclature under the acronym KASH,” Akhtar Malik, Junior Scientist and Curator of the herbarium told The Kashmir Monitor

Malik said that the collections serve as keepers of natural history as they not only provide us with important information about plant diversity and their distribution. “Plants play an extremely important role in our history. Humans have historically used plants for more or less every aspect of life – food, medicine, perfumes, dye, et cetera. The list goes on and on. This also means that studying the plant specimen can teach us a lot about how our ancestors lived.”

He said if these specimens are properly preserved and maintained, they can last for well over 200 years. “In a time where we are experiencing rapid habitat loss due to natural and man-made factors, herbaria provide important repositories for these sorts of data, and ensure their availability for future research,” Malik said.

The scientist explained various techniques used at the herbarium- “First, the plant materials are collected. They are kept in metallic vasculum or polythene bags. This is done to preserve moisture,” he said.

He said the plant specimens collected are pressed in ordinary newspaper folders and overlapping is avoided.” Then, poisoning is necessary to avoid the growth of microbes. Mercuric chloride is the reagent that is used in the process of poisoning. After this treatment, the specimens are dried again.”

In mounting, stitching, and labeling steps, he said, the specimens after the treatment from poison are dried and then glued and stitched on the herbarium sheets. “On the right-hand lower side, the field data is entered with blank ink. Fragment packets are small paper envelopes that are attached to the herbarium sheets to hold the seeds and flowers.”

According to a staffer at the botany department, every effort is being made to enrich the Herbarium to raise it to the level of other renowned herbaria in India and abroad. “Every year hundreds of new, pressed, and mounted specimens are added to the already existing invaluable collection. Also, we get many requests from scientists all over the world for studying our specimens,” he said.