Govt’s intention is holistic development of every district: Rohit Kansal 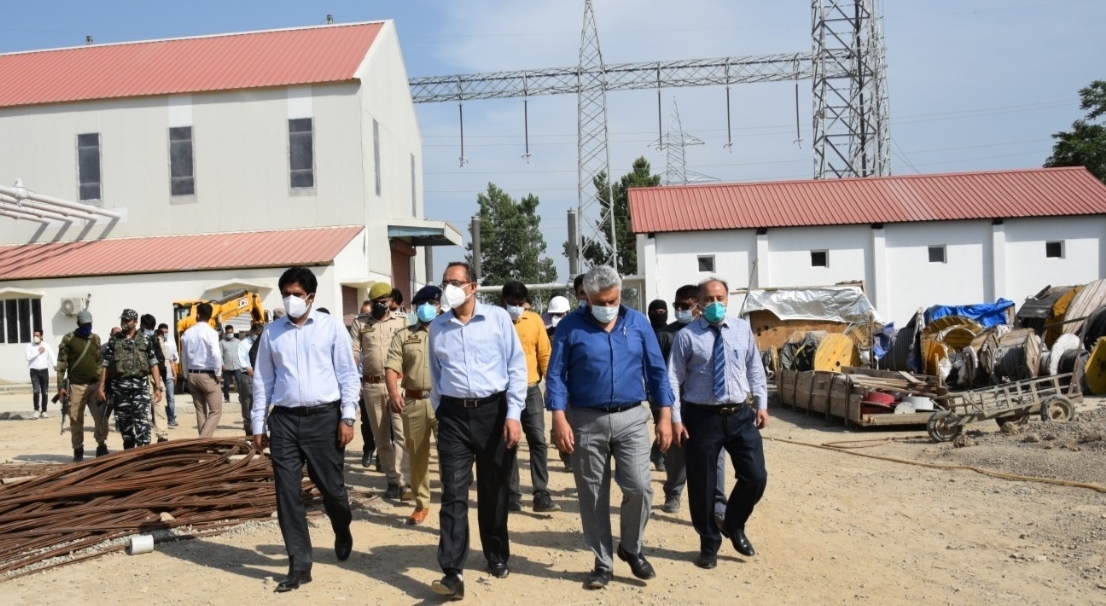 PULWAMA: Principal Secretary Power Development Department (PDD), Rohit Kansal today said that the intention of the government is to create a vision for every district in order to have holistic development in terms of infrastructure and socio-economical upliftment of these administrative units.

Principal Secretary made these remarks while chairing a meeting to review progress under Capex budget 2020-21 and discuss the annual Capex plan for the current financial year of District Pulwama.

He said that the reason behind nominating Administrative Secretaries as incharge secretaries of districts is to have a guardian and mentor for every district for handholding and to share their administrative experiences with the district administration.

He called upon the departments to have a close coordination among themselves for any developmental project in the district.

He impressed upon the heads of the department to finish all the works within given deadlines with respect to all the Centrally Sponsored Schemes and works taken under CAPEX Budget 2021-22.

He emphasized for  timely submission of audit reports, UCs, action taken reports so that the works would be finished in time.

He directed the officers that besides focusing on infrastructure works they should also identify other activities which include social welfare schemes and focusing also on economic activites of their area while  making any developmental plans for the district.

With respect to the demand of stadium and playing fields in the area, he asked the revenue department to identify lands for the purpose.

Commenting on the Back to Village Programme, Block Diwas and Jan Abhiyan, Principal Secretary maintained that the aim of these programmes is to take the administration at the doorsteps of the people.

He directed the officers that during Block Diwas they must focus on 100 percent saturation of beneficiary oriented schemes, besides issuance of certificates like Domicile, Income, RBA and other Revenue related documents.

About the beautification plan of Pulwama town, the Principal Secretary asked the officers to come up with a holistic plan and consult Urban Planning Consultant while taking into consideration all the aspects of aesthetics and beautification of the area before executing any work.

With respect to electricity supply in the district, the Principal Secretary said that the PDD department is investing Rs 5000 crore in different schemes for the  purpose and the district will also  be covered under such schemes.

Earlier, Mr Kansal took a detailed sectoral wise review in the meeting with respect to the implementation of the development plan last year.

On the occasion, Deputy Commissioner Pulwama gave a detailed PowerPoint Presentation about financial achievements of the district during 2020-21 and plan highlights of 2021-22.

He informed the chair that during the year 2020-21, 1301 works were completed under different sectors in the district.

The meeting was also informed about the status of Back to Village (B2V) flagship programme, and it was given out that of 825 identified works, 456 were completed in Phase-I and II for which Rs 1381.85 lakh were spent out of Rs 24772 lakh estimated cost.

While informing about the macdamization of roads, the DC informed the meeting that the district administration has macadamized 174.73 km last year and this year out of the target of 156.19 km, 46 km have been macadamized in the district.

The meeting was informed that out of 221 schemes taken by R&B Division Pulwama, 167 schemes were completed and Rs 15112.7 lakh were spent.

While giving information about COVID-19 management in the district, the DC informed that the district has 495 oxygen supported bed capacity for covid patients, of which 10 are ICU beds with current occupancy of 86 beds.

On the vaccination front, the Principal Secretary was informed that 1,27,586 vaccine doses have been administered till date and the inoculation is gaining pace and soon the district will achieve the target of 100 percent vaccination mark.

He stressed on the need to follow COVID-19 appropriate behaviour to keep the covid disease at bay so that the battle against the virus is taken to logical conclusion.