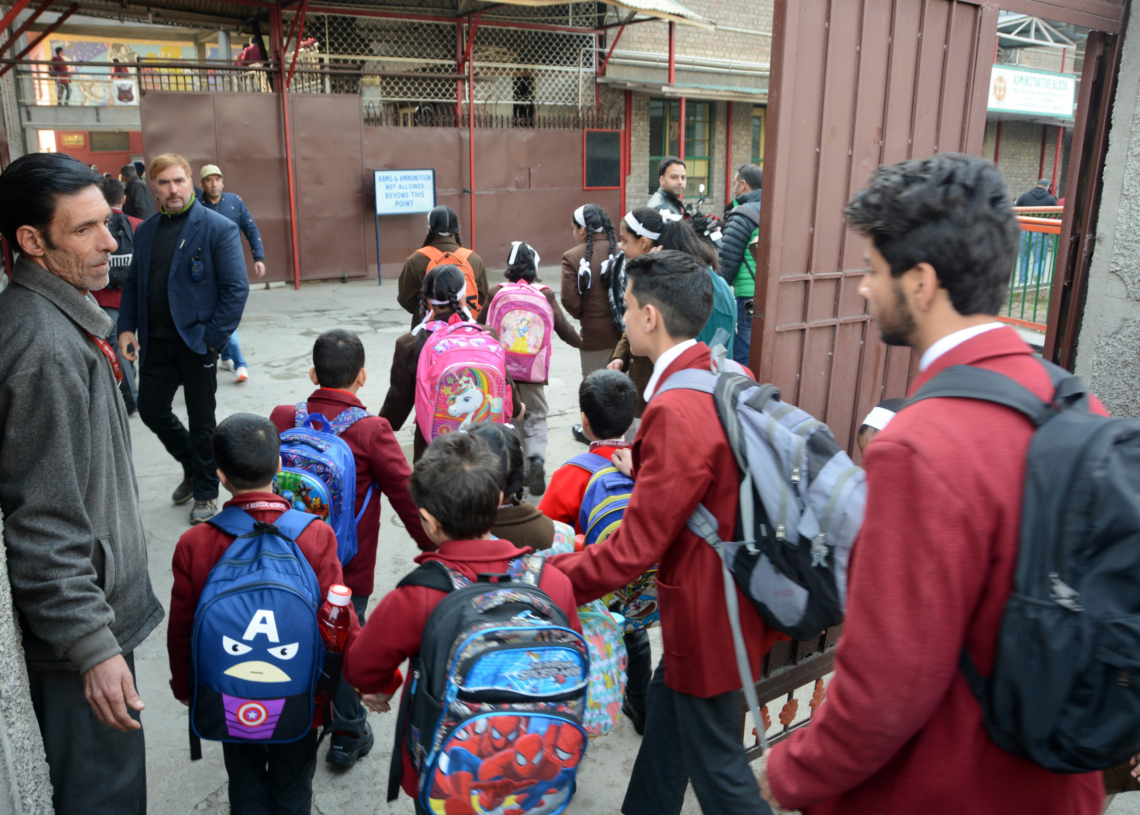 Srinagar March 12:  Educationists have questioned the rationale of the government to close down the schools and colleges amid the coronavirus scare in Jammu and Kashmir.

On March 11, authorities suspended class work in all the educational institutions as a precautionary measure.

However, on the other side, government offices continue to function normally. An official at Srinagar Municipal Corporation (SMC) said meetings were held as per schedule today. Another official at the Public Health Engineering Department said there was a huge rush of people outside the fee counters.

“Instead of closing down schools, the government should have taken adequate precautionary measures to prevent infection,” said educationist Bashir Ahmad Dar.

Dar said compared to home, children in schools are more disciplined and secure.  “Students have already witnessed huge academic deficiencies in 2019. Students must have attended not more than 15 days in schools. Government offices function normally despite the huge rush of people”, he said.

Mohammad Saleem, a parent of one of the students studying in a private school, said he was unable to understand why schools were closed. “This has only created panic among the public as there was no confirmed corona case in the valley,” he said

Media spokesperson at Srinagar District Commissioner office said the administration has already instructed heads of the different departments not to allow assembly of people inside offices. “Hospital authorities have been ordered not to allow more than one attendant inside the hospital,” he said.

The spokesman noted that they are ensuring that WHO guidelines are properly following in all government offices.

“Tthe administration is also distributing leaflets, with guidance about precautions, at bus stations, government offices, hospitals, mosques and other places of worship to raise awareness amongst the general public about guidelines that need to follow to prevent the spread of the infection”, he said.