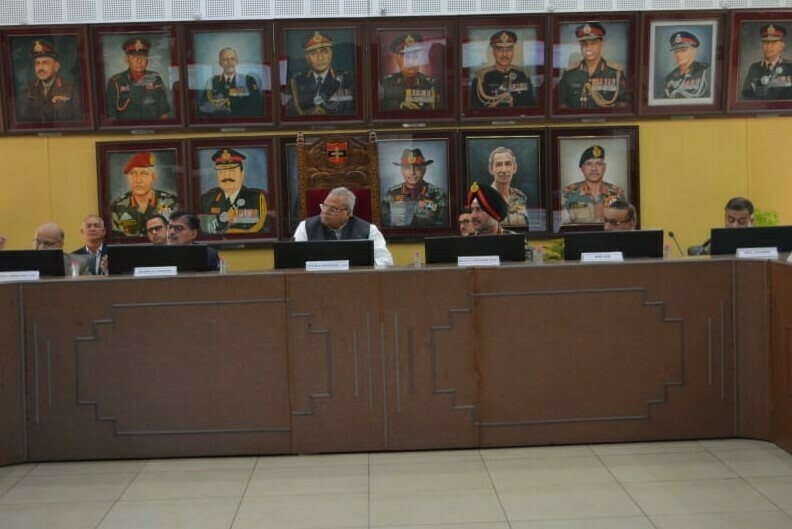 Governor reviewed the latest security scenario in J&K including details of the counter infiltration and counter militancy operations undertaken recently.

He reiterated the vital importance of the laid down Standard Operating Procedures (SOPs) being adhered to by Army and all Security Forces to avoid incidents of civilian casualties and collateral damages.

He also re-emphasized the crucial importance of sustained collaborative action between the Armed Forces and the State Police with the civil administration in dealing with difficult situations particularly to ensure against the loss of civilian lives.

Governor stressed the need of a heightened vigil and ensuring the safety of protected persons and the security of all important establishments and installations.

He lauded the role played by the security forces in the incident free conduct of polls to the Urban Local Bodies and Panchayats.