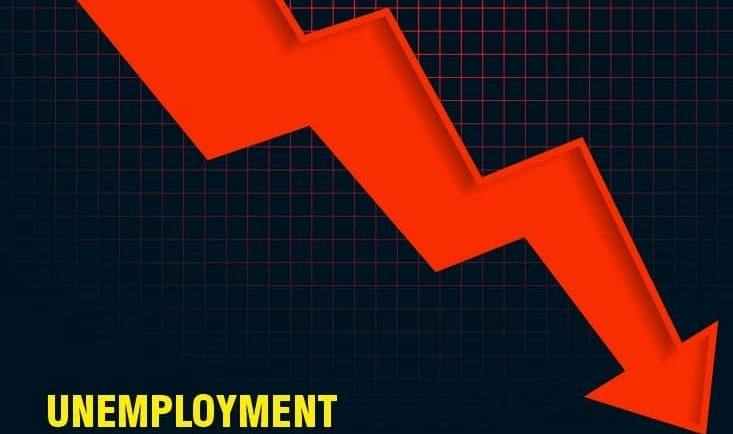 Srinagar: The unemployment rate in Jammu and Kashmir has dropped by over six percent in December 2021.

As per the Centre for Monitoring Indian Economy (CMIE) figures, the unemployment rate in December has declined to 15 percent.

The CMIE records suggest that in November, the unemployment rate in Jammu and Kashmir was recorded at 21.2% against a national average of 7.1 percent.

Officials said the tourism boom, intensified recruitment drives and recovery of the economy after the Covid lockdown are the main reason behind the improving employment rate.

“Last year we witnessed that Covid affected every state of India. The economy was on crutches.  Businesses started to recover after lockdown. Jammu and Kashmir like any other state did well after unlock 2.0 as tax collection and recruitment drives intensified,” they said.

Officials said the boom in the tourism sector equally contributed to the improved employment rate last year. “October, November, and December witnessed a massive influx of tourists, which resulted in 100 percent occupancy in hotels. Houseboats, hotels, and travel agencies recruited their staff back which they had laid off during Covid 19 surge,” they said.

As per the Department of Labour and Employment as many as 770319 qualified youth graduates and postgraduates are registered with employment exchanges in the valley.

Pertinently SSRB as per the latest notification announced recruitment for a total of 1200 posts of sub-inspector and 462 posts as Junior Engineer in various departments.