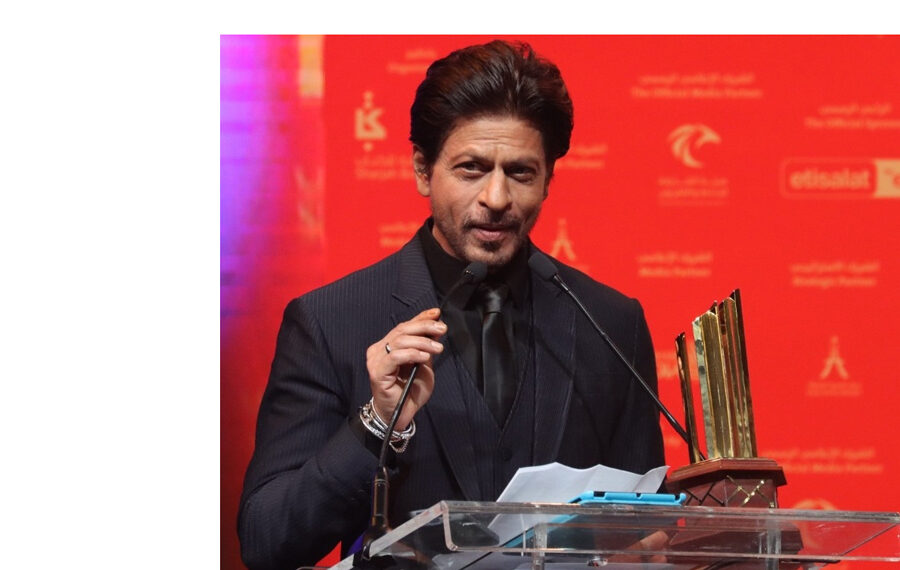 The actor, who was in an all-black avatar with a slick back-brushed hairdo, received the award for the act of “contribution to the cultural scene and reproductivity in the field of writing and creativity”.

For the megastar, whose fandom spreads across views in Europe, the Middle East, and the Americas apart from India, his presence at the fair marks the first conferment of the SIBF global icon of cinema and cultural narrative.

After receiving the award, the actor that “words, books, and stories, these are the things which bring together. We are trying to bring humanity together through cinema, storytelling, stories, books, and dance. Books are integral parts of our life, not only read, we should adopt the essence of it in our life”.

“All of us, no matter where we live, what color we are, what religion we follow, or what songs we dance to, thrive in a culture of love, peace and compassion,” he added.

Crowds cheered wildly and stood up on chairs to catch a glimpse of their favorite actor inside the ballroom of the SIBF. He blew kisses and waved at the hundreds of people, as screams of ‘I love you Shah Rukh’ rang through the hall.

There were crazy fan moments outside the Sharjah expo center. Some of those in the audience had begun queuing up at early as 12 p.m. for the event that was scheduled to begin at 6 p.m.

Indian student Rashid Khan, who arrived at 2 p.m. with his younger brother and mother to catch a glimpse of his favorite actor, said: “I am not well but it was a lifetime opportunity for a die-hard fan like me, so I was here for the last four hours waiting to get in. I was amazed to see your icon speaking, dancing, and interacting live.”

The award is SIBF’s initiative to recognize and honor individuals whose efforts in their careers have helped transcend cultural barriers and whose contributions to the arts have created cultural ties between varying identities.

The multifaceted actor, producer, and businessman, SRK or King Khan, as he is popularly known, has appeared in more than 80 films over a three-decade-long career and enjoys a fan following that cuts across ages and races.