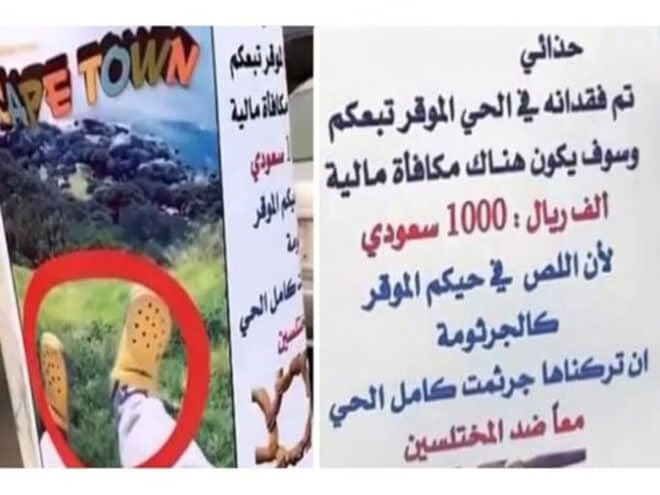 Riyadh: A Snapchat celebrity in Saudi Arabia has announced a reward of 1,000 Saudi Riyals for anyone who would help him to find the lost pair of shoes.

According to the Arabic daily Okaz, the man, identified only by the initials AB, distributed the posters in a neighborhood of Jeddah in western Saudi Arabia and demanded a search for what he said for his stolen shoes.

As per media reports, the authorities in Jeddah decided to summon the celebrity for violating the law by placing posters randomly without obtaining an official permit.

Snapchat is a social networking application for recording, broadcasting, and sharing picture messages, and one of the most important means of promoting products, and it enjoys a large following in Saudi Arabia and the rest of the Gulf countries in a way that exceeds the rest of the means of communication.

The number of Snapchat users in Saudi Arabia has risen to 20 million, making the app one of the most popular platforms in the Kingdom, Snap Inc. announced in March.

The company stated in a report that the number of users of the Snapchat application reaches 90 percent of the population in Saudi Arabia between the ages of 13 and 34 years.