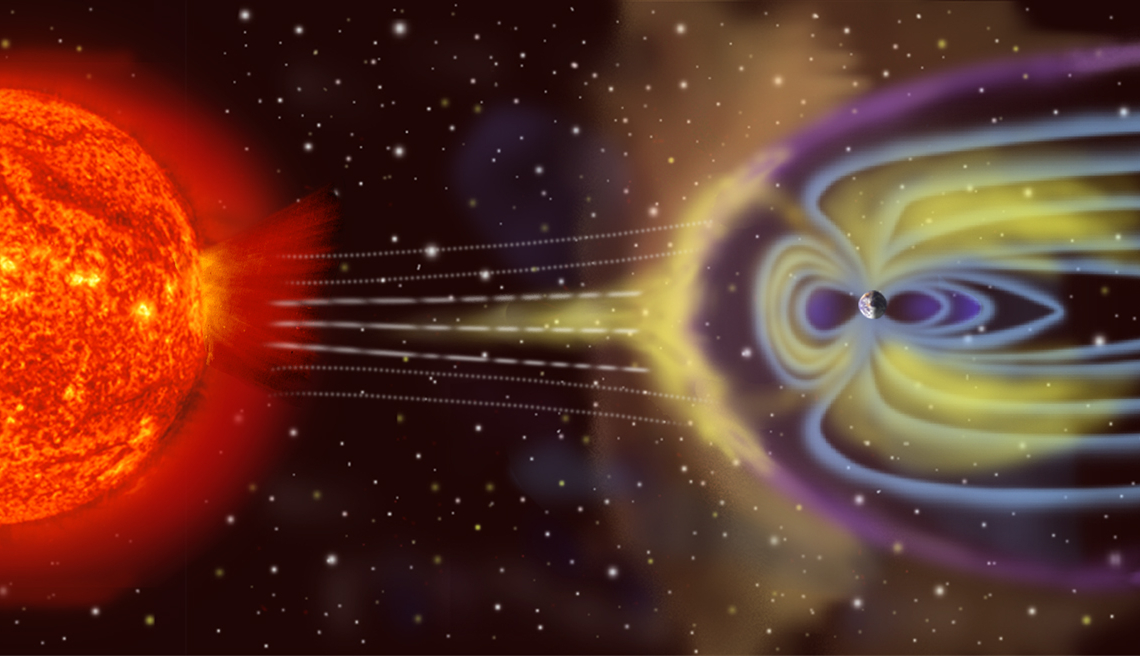 A geomagnetic storm may hit Earth today which may affect GPS signals, satellites, and electricity grids.

Reports state that the CME will take more than two days to cross the sun-Earth divide and could hit the planet on October 30.

NASA’s Solar Dynamics Observatory also captured “significant solar flare” erupting from the Sun, which can likely result in disruptions in GPS signals on Earth as well as supercharge Earth’s northern lights. The Sun on Thursday emitted an X1-class flare, the most intense so far at 11.35 am, NASA said in a statement on Friday.

NASA said that the X1-flare is also likely to hit Earth’s magnetic field on Saturday.

The X1-class flare caused a temporary yet strong radio blackout across the sunlit side of Earth-centered on South America, according to the US Space Weather Prediction Center (SWPC), which tracks space weather events.

The flare originated from a sunspot called AR2887 currently positioned in the center of the sun and facing the Earth, based on its location, Spaceweather.com reported.

Solar flares are powerful bursts of radiation. While the harmful radiation from a flare cannot pass through Earth’s atmosphere to physically affect humans on the ground, however, when intense enough, they can disturb the atmosphere in the layer where GPS and communications signals travel. It can also supercharge Earth`s northern lights (auroras).

When these intense flares are aimed directly at Earth, they can also be accompanied by a massive eruption of solar particles, called a coronal mass ejection. The impulsive X1-class flare on Thursday also “appeared to have coronal mass ejection related signatures,” the SWPC said.

According to SpaceWeather.com, it created a massive tsunami of plasma that rippled across the entire solar disk: The plasma wave was about 100,000 km tall and moved through the sun`s atmosphere faster than 1.6 million mph”.