Gandhi: a fox or a hedgehog? 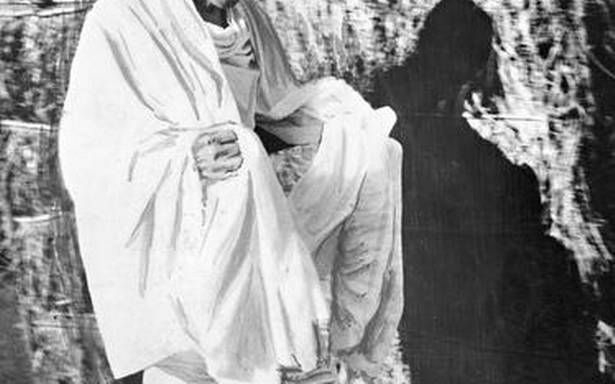 As the world prepares to celebrate Mahatma Gandhi’s 150th birth anniversary in 2019, opinions and views about his person and his non-violent technique of struggle remain deeply divided. For some, he was a puritanical, conservative critique of modernity. For them he created and perpetuated unrealistic and confused ideas about economic development and technological progress. For his admirers, Mohandas Karamchand Gandhi was a man of spiritual truthfulness and democratic action, both at the public and personal levels, with a unique method of struggle that combined political pragmatism with ethical integrity. Some among these admirers evaluate Gandhi’s impact on human history as being as significant as that of Jesus, Buddha and Karl Marx.
Thus, in the minds of people around the world, Gandhi represents two different and contradictory characters. The first Gandhi is the political Gandhi who fought against British colonialism and is the father of the modern Indian nation. This is the man Albert Einstein lauded as “a leader of his people, unsupported by any outward authority, a politician whose success rests not upon craft nor the mastery of technical devices, but simply on the convincing power of his personality.”
The second Gandhi is the Ashramic Gandhi who is more of a mystic than a politician, who used fasting as a method of struggle, and who Rabindranath Tagore considered as the “Mahatma”, the “Great Soul”.
To be sure, Gandhi certainly deserves the accolade as a courageous fighter, a deep thinker, and a great leader of men and ideas. But if anything, Gandhi was a man of experimentation, a man who insisted on the quest for truth. Therefore, it should not come to us as a surprise that the literal meaning of Satyagraha is “asserting for truth”. One does not have to go far to find in Gandhi’s autobiography, The Story of My Experiments with Truth, the idea that life is nothing but a spiritual experience with truth, and a struggle against all forms of untruth and injustice. As such, Gandhi claimed that his life was his message, simply because he extended his practice of Satyagraha to all walks of life. Gandhi, in short, was a leader looking for a spiritual cause. He found it, of course, in his non-violence and, ultimately, in independence for India.
But there is more to Gandhi which makes him a political thinker and a relevant social reformer. Gandhi was a dialogical thinker who was open to other horizons of thinking. He firmly believed that the spirit of genuine reciprocity and solidarity is not just a moral requirement, but also a geopolitical necessity. That is why Gandhi rejected the idea that there is one privileged path to god. He also believed that all religious traditions are an unstable mixture of truth and error. Finally, he encouraged inter-religious and inter-cultural dialogue, so that individuals could see their faith and culture in a comparative and critical reflection of the other. As such, Gandhi considered interculturalism as a call for simultaneous awareness of commonalities, acceptance of differences, and recognition of shared values. Interestingly, Gandhi was a political thinker and a social practitioner who was constantly experimenting with modes of comparative and cross-border cultural constellations. The point here is that in Gandhi’s political thinking, the experience of freedom derives not only from constitutional rights but mainly from the diverse modes of participation of the individual in a common humanity.
Today, many around the world consider Gandhian ideas as impractical, not to say utopian. However, Gandhian ethics of social and political reconstruction are more relevant than ever, since they represent an act of self-transformation of humanity rather than an illusory dream of a political leader. Gandhi wanted to change the values that govern the social, political and economic activities in human society. Significantly, like Leo Tolstoy, Gandhi believed that decentralised politics and an egalitarian economy function better at the level of micro-communities, where citizens can operate in relations of reciprocity and mutuality. For both Gandhi and Tolstoy, it was clear that neither society nor the individual can live without a moral vision of the world.
The Russian-British social and political theorist, Isaiah Berlin, considered Tolstoy both a fox, which knows many things, and a hedgehog, which knows one big thing. He noted: “Tolstoy was by nature a fox, but believed in being a hedgehog, that his gifts and achievements are one thing, and his beliefs, and consequently his interpretation of his own achievement, another, and that consequently his ideals have led him, and those whom his genius for persuasion has taken in, into a systematic misinterpretation of what he and others were doing or should be doing.” Similar but also different, Gandhi and Tolstoy were united in their moral and political dreams of changing humanity. As a dreamer who looked for a harmonious universe, Gandhi was a hedgehog, but as a pragmatist who had a devastating sense of reality, he was a fox who knew many things about the insane world of human beings filled with hatred, revenge, greed for power and violence. The question is, in history who wins? The fox or the hedgehog?