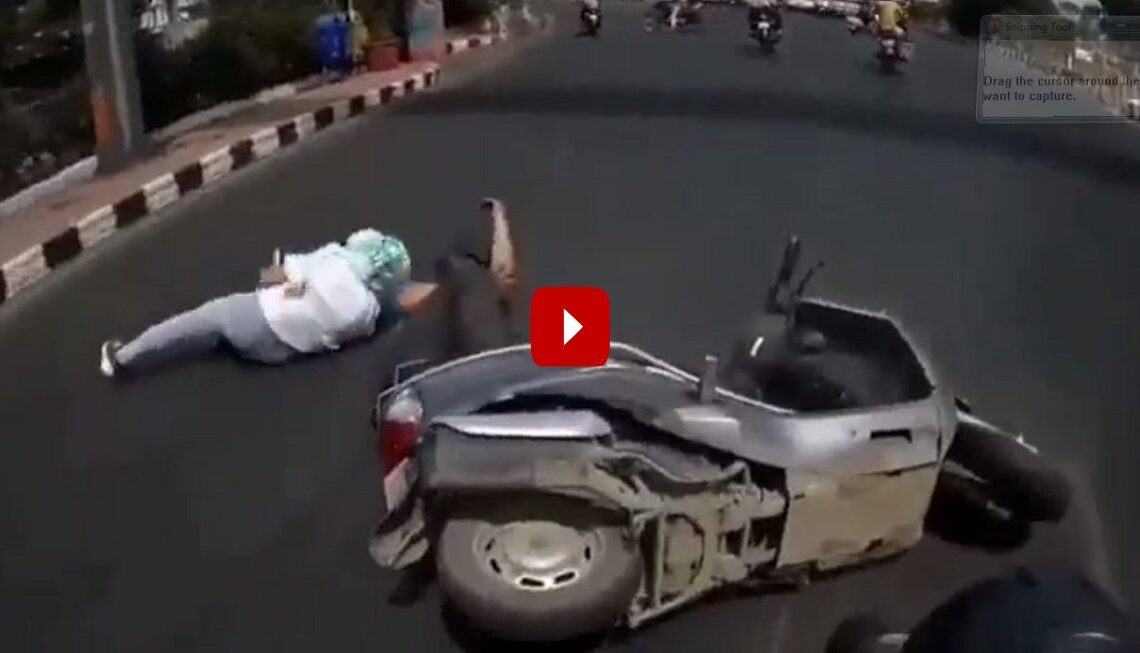 Internet is a bizarre world where one comes across weird stuff that would not have otherwise been possible to access. A video of one such mysterious two-wheeler accident is going viral on social media.

The video was captured by a man who was riding on his bike several feet behind a couple on a scooty. In the video, the man and the woman can be seen going along on their scooty when it suddenly halts resulting in the two falling on the road.

The weird part was that no other vehicle had crashed into the scooty and one could not understand how and why the two-wheeler fell off. There is a possibility that the rider accidentally applied the brakes with full force. Luckily, the two were not going at a high speed and as such did not suffer any major injuries.

The funny part was when the woman stood up, gathered herself and accused the bike rider of their fall. “Dikh nahi raha tha kya (were you not looking?),” the visibly upset woman asks the biker who replies: “Didi, gaadi takrayi bhi nahi hai (Sister, my bike did not even crash into your scooty).

The woman asks him how come they fell off without any reason. “Mai aapko video dikha dunga (I will show you the video),” the biker replies.

The video has been shared and viewed thousands of times with many commenting how women “always play the victim card”.