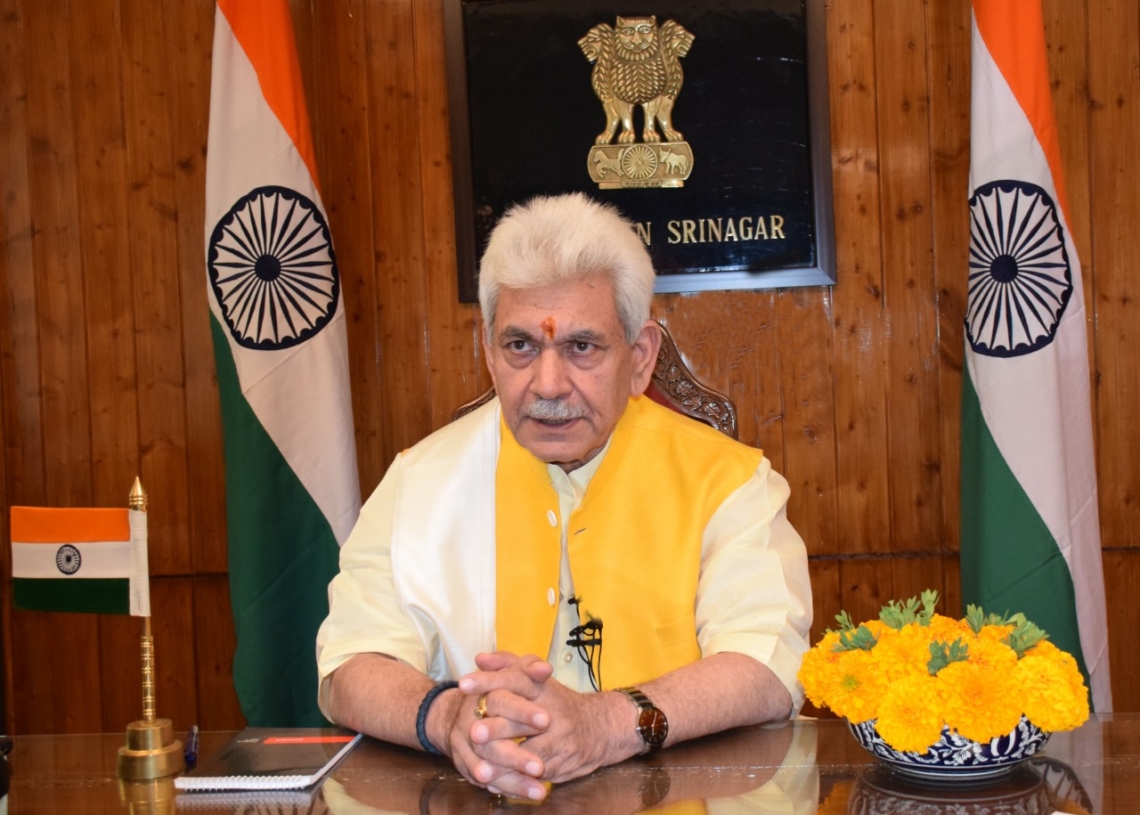 My dear brothers and sisters,

The grass-root democracy has been strengthened, fulfilling the hopes and aspirations of the common citizens. With the spirit of Kashmiriyat i.e. taking along all religions and creeds on development odyssey, we are achieving new milestones.

Whether it is worship of Saguna, or devotion to Nirguna, God is one, and is present in every particle.

We have decided that various places and institutions will be christened in the memory of freedom fighters, brave soldiers and personalities from different fields who have made invaluable contribution in the progress of Jammu and Kashmir. This will inspire the coming generations to become their worthy successors. I am sure that the stories of those who have made sacrifices for this elixir of freedom will awaken a new and re-energized Jammu and Kashmir. The memories of Maqbool Sherwani, Brigadier Rajendra Singh, Deputy SP Ayub Pandit, Mali Begum, Inspector Arshad Khan, Sub Inspector Altaf Ahmed, Ghulam Mohammad Sadiq, Lasa Kaul, Kanta Wazir and that of Sarvanand Kaul Premi, Dinanath Adim, Constable Yasin Tali, Lt. Umar Fayaz, Mohammad Deen Jagir, Mr. Punjab Singh, Mrs. Padma Sachdev, Mahmuda Shah, Deputy SP Aman Thakur, Deputy SP Manjit Singh and all such people will be revived in the coming days.

10 Dear brothers and sisters, “Yeh Jabr bhi dekhna hai, Tareekh ki nazrun ne, lamhoon ne khata ki thi, Sadiyun ne sazaa paayi”
The historical agony cannot be erased, but our efforts can definitely soothe the agitating nerves. Despite having the capacity to generate 20,000 MW hydropower only 3500 MW of electricity was harnessed after Independence. Under the directions of the Hon’ble Prime Minister, Hydro projects worth 3400 MW have been approved in just two years. We will generate the same amount of electricity in the next four to five years that was generated in the last seven decades.

Before 2019, there was no health insurance scheme in Jammu and Kashmir, the Hon’ble Prime Minister launched a scheme, namely Ayushman Bharat Sehat for the Union territory in December 2020, in which health insurance of 5 lakh per family is being provided to all citizens without any discrimination. 49 lakh beneficiaries have been registered and 45.48 lakh golden cards have been issued under the said scheme. Five New Nursing Colleges have been sanctioned for Jammu and Kashmir in the year 2016-17 along-with Rs 881 crore for completing 140 new and old health infrastructure projects. Dialysis centres have been made functional in all 20 districts of Jammu and Kashmir. Earlier there were only 9 such centres.

We confused the milestone for the destination
Our aim having lost from sight
In the materialistic trappings of the present
Let’s not forget the coming tomorrow.
Let’s light the lamp again.

The final sacrifice pending, the yajna incomplete
Surrounded by the obstacles created by our own
To remodel the vajra of the final victory
The Dadhichi’s of today must melt their bones again.
Let’s light the lamp again.