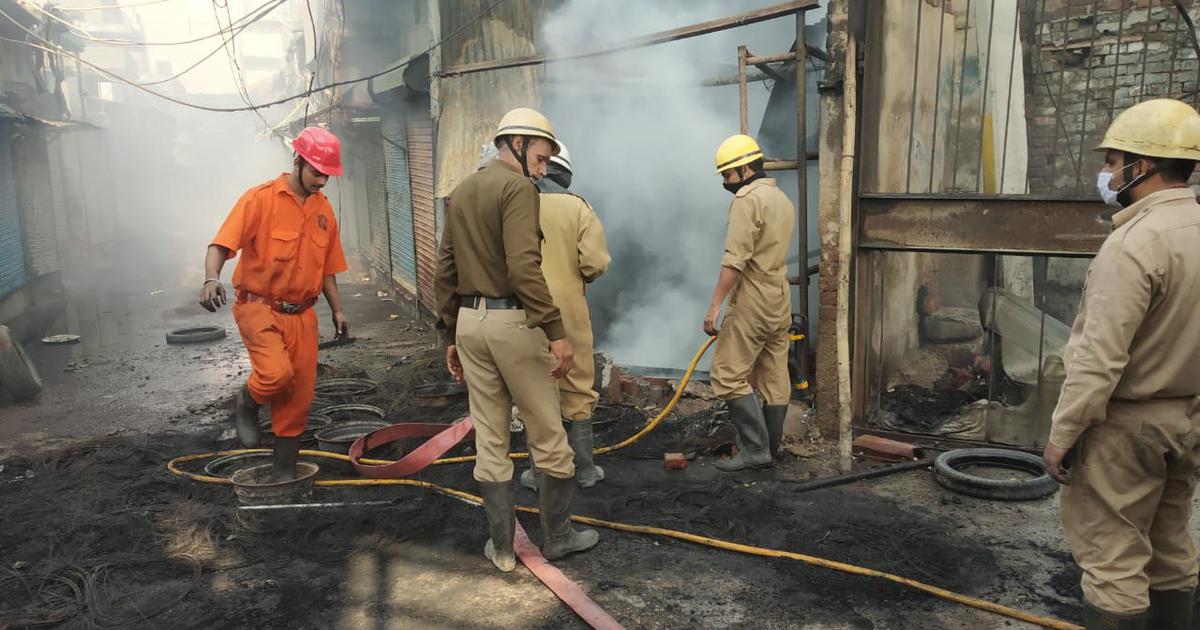 Srinagar, Mar 3: Seemingly upset over the police inaction in Delhi riots, two IPS officers of Jammu and Kashmir cadre, one of them serving, have broken the silence and reminded their counterparts of their duties towards the people in the national capital.

Leading the charge is Basant Kumar Rath, 2000 batch IPS officer of J&K cadre, who has slammed the IPS ‘baradari’ asking them to “show some spine or play golf”.

“If you behave like a monkey all you will get is peanuts. Dear IPS baradari, politicians know this pretty well. Stop singing the dirge of political interference. Show some spine or go play golf. Delhi has a lot of world-class golf courses,” Rath tweeted.

If this was not enough, he rubbed it on in his second tweet. “With due respect to the species, the monkey is a metaphor (like a shoe) and a verb (like lick)”, he said

Hailing from Odisha, Rath was promoted to Inspector General of Police (IGP) in early 2018.  He was made in charge of the traffic department and within no time he earned a sobriquet of Singam for acting against the lawbreakers.

From lifting Audi car of top police officer’s kin to implementing the helmet rule and removing music systems from public transport, Rath had gone the extra mile to ensure that people adhere to the law.

However, his stint as IGP traffic was short-lived as he was shifted to a non-descript home guards wing of the police.  Having a huge fan following, Rath is often requested by people for an instant selfie on the roads, parks and other public places

On the other side, former Jammu and Kashmir Director-General of Police Dr Shesh Paul Vaid too has joined in reading dos and don’ts to his Delhi counterparts.

“Delhi police should hold all community meetings in each locality of east Delhi for ensuring peace and deal with criminals strictly. FIRs should be lodged against leaders giving communal and inciting/provocative speeches”, he tweeted.

Later, he wished new police commissioner for his new assignment but also urged him to be tough with rioters.  “My best wishes to the newly appointed special commissioner of police SN Srivastava. Please deal with an iron hand with the rioters as we went after stone pelters and criminals in Kashmir valley post-Burhan. God be with you,” he said.