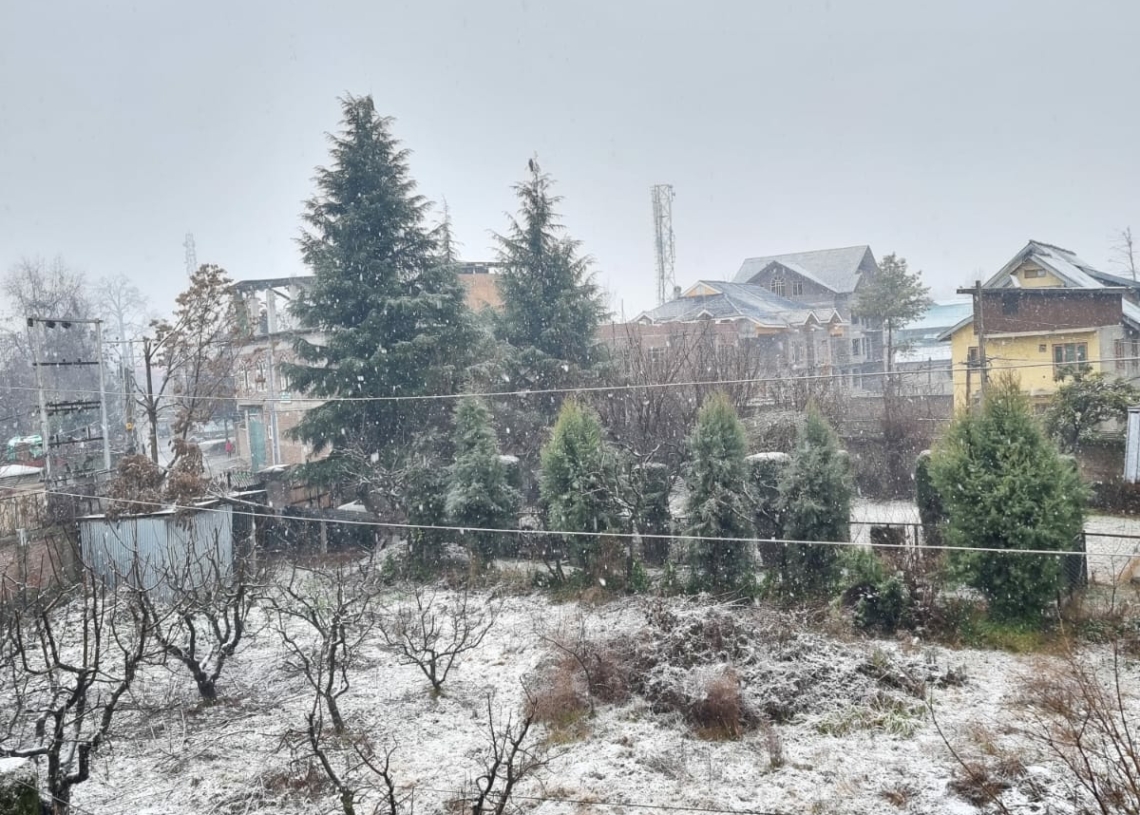 Paradise is again reverberating with this Kashmiri folk-lore, thanks to the season’s first snowfall in Srinagar.

According to Kashmir Weather, there has been moderate to heavy snowfall in many areas of the valley with Gulmarg receiving the highest so far.

“2-3 inches of snow has accumulated at Tangmarg. More than 6 inches in Gulmarg.  One cm accumulation in Bandipora. 1.5 inches in Handwara. 1cm – 4 cm in other parts (plains) of north Kashmir,” tweeted Kashmir Weather.

Meteorological department Srinagar on Monday said two successive western disturbances are most likely to affect Jammu and Kashmir, and Ladakh and adjoining areas from January 3 to 9

“Light rain or snow would commence at a few places of Kashmir from 3rd January evening and thereafter increase in intensity & distribution. The main activity of this system will be an occurrence of moderate to heavy rain or snow, most likely during 5 and 8 January and gradual decrease thereafter,” MeT said.

The weatherman said the system is likely to cause heavy rain or snow mainly in the Pirpanjal Range of Jammu Division upper reaches of Kashmir (Gulmarg, Sonamarg, Baramulla, and Kupwara) and Drass sub-division of Ladakh.

“This may lead to disruption of surface and air traffic including the closure of Jammu-Srinagar National Highway, Srinagar-Leh National Highway (Zojila Pass), Leh-Manali Highway, Mughal Road, and Sadhna pass,” the MeT said.

MeT said there are chances of snow avalanches and landslides in vulnerable areas, disruption of power supply in hilly areas, waterlogging in low-lying areas, and a further dip in day temperatures.  Met department also asked the people in snow-bound areas to avoid venturing into sloppy areas during heavy snow and maintain proper ventilation.

`Rs 350 Crore’: Yes, this is the amount Amazon Prime Video has offered to Prabhas-starrer `Radhe Shyam’