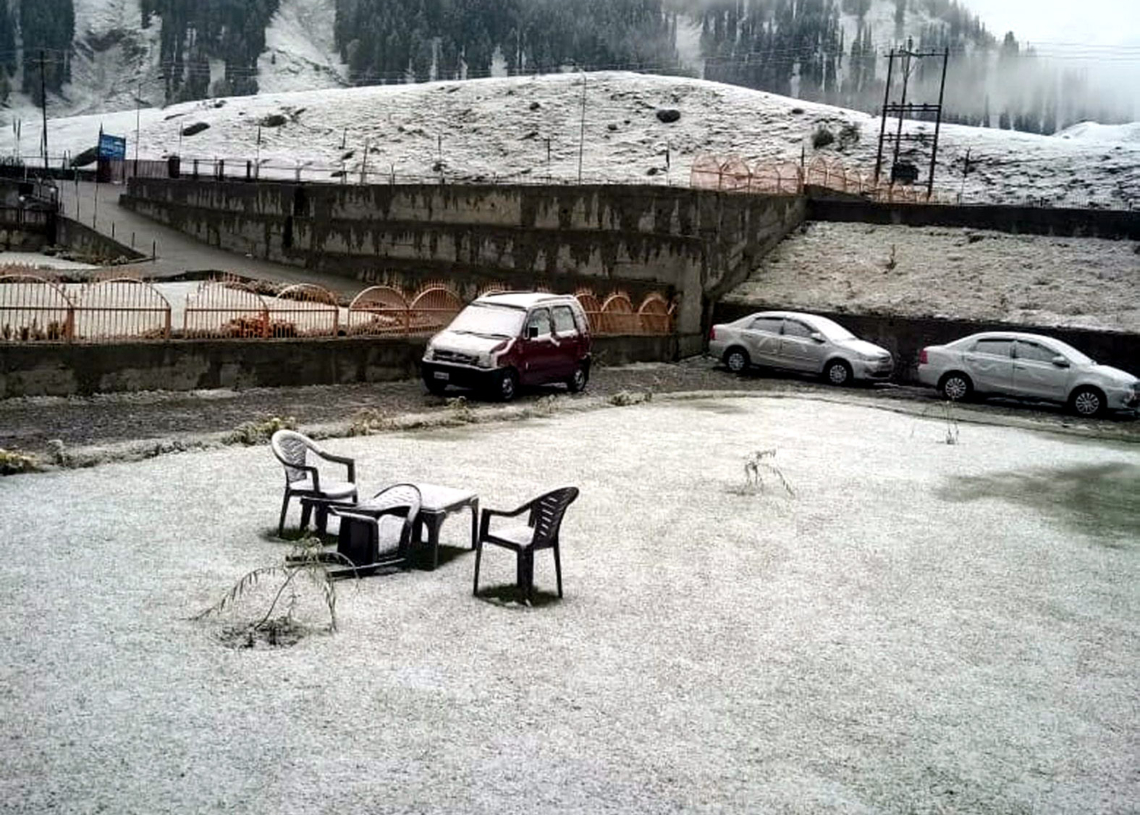 Srinagar, Oct 9: Most of the higher reaches in Kashmir received fresh snow while plains were lashed by rain on Tuesday, forcing the closure of the Srinagar-Leh national highway, officials said.

An official of the Meteorological (MeT) department here said Sonamarg, Zojilla Pass, Amarnath Cave, Affarvat in Gulmarg, Mughal Road and many other areas in the higher reaches had received fresh snow.

There are reports of snow in most areas in the higher reaches in Kashmir, he said.

The plains of the Valley, including summer capital Srinagar, received rain, the official said.

Owing to snow and rain on Zojilla Pass, traffic on the Srinagar-Leh national highway has been suspended.

A traffic department official said traffic had been stopped on the highway on both sides as a precautionary measure in the wake of snow.

He said due to snow on Mughal Road, traffic on the alternative road link, which connects the Kashmir Valley with Jammu and the rest of the country, had been stopped.