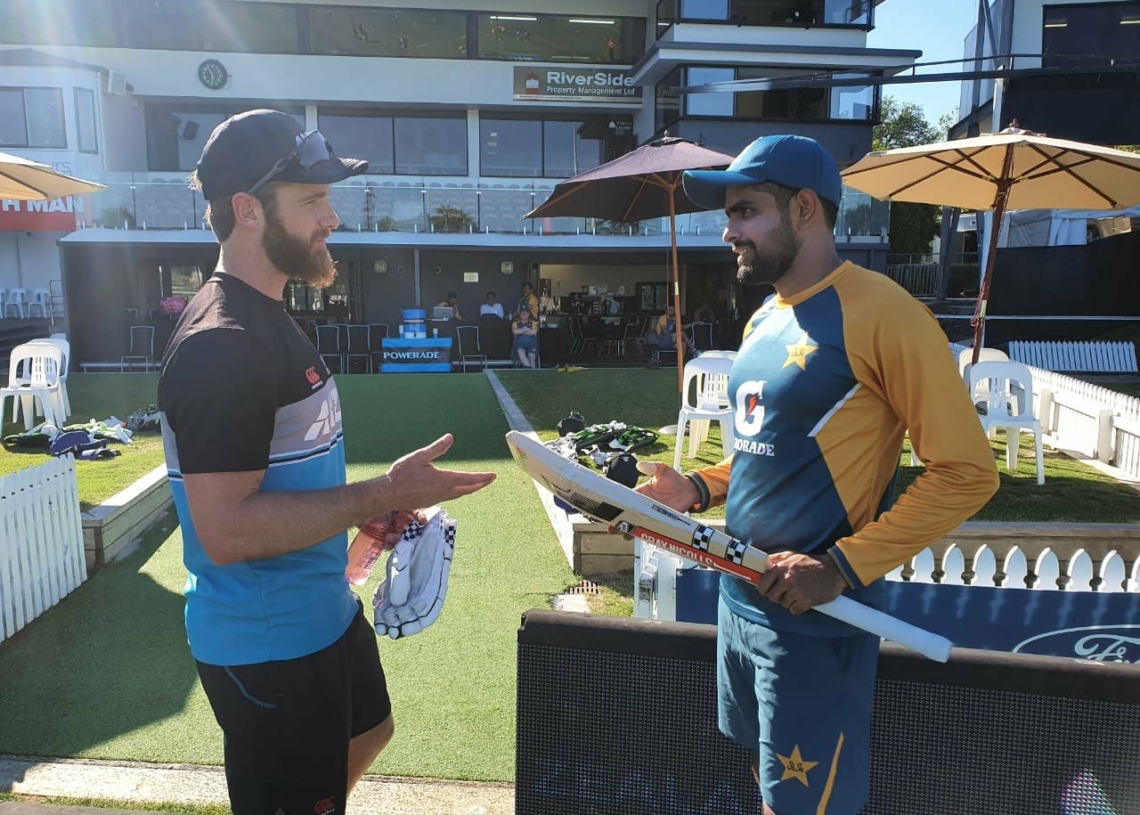 Pumped up Pakistan are facing New Zealand, the team that left them wondering and embarrassed after pulling out from a home series right at the eleventh hour.

While that may be playing on the minds of both teams, there are some individual records that can be broken in today’s game.

For Kiwis, it is their first match of the T20 World Cup 2021 though they have lost warm-up games against Australia and England.

But we know that New Zealand on their day can beat any team in the world.

Here are four players who can make some records in today’s game to be played at Sharjah.

A player New Zealand has banked upon for many years now, Tim Southee is just one shy of getting 100 T20 international wickets. The 32-year-old is the go-to bowler in death overs and has produced game-changing spells whenever Kiwis needed him the most.

With best figures of 5/18, Southee currently has 99 wickets at an economy rate of 8.39 in T20Is. He needs just one more scalp to collect 100 T20I wickets. The pacer would be only the third-ever bowler to achieve the feat.

One of the best batters in modern-day cricket, Kane Williamson has been the batting stronghold of New Zealand in recent years. The Kiwi superstar is just 71 runs shy of crossing the 5,500-run mark in the T20s. Kane, as we all know, has guided New Zealand to victories time and again.

While the Blackcaps haven’t yet adjusted to the slow UAE tracks, their opening game today would require their batters, especially Kane Williamson, to pull up their socks and set an example.

The all-rounder is just 71 runs short of amassing 2,500 T20I runs and becoming the first Pakistani and fifth overall player to achieve the feat.

The evergreen Shoaib Malik has defied age and is still one of the fittest in the Pakistan dressing room. A dependable all-rounder, Shoaib malik is just 8 boundaries away from hitting 200 fours in T20s.

The 39-year-old is a skilful batter who can play the big shots when required. Moreover, Malik’s handy off-spin adds a different dimension to his game. It would be great to see Malik, who made his international debut way back in 1999, reach that milestone against New Zealand tonight.