Four persons killed, another missing as vehicle rolls down into river in J&K’s Ramban 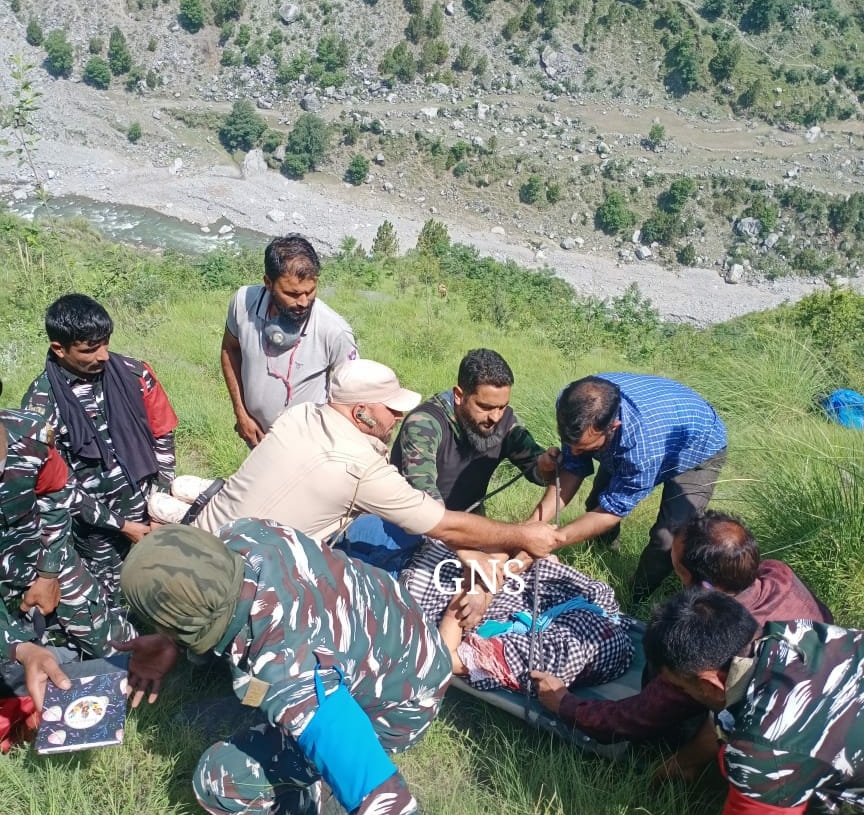 Srinagar: Four persons were killed, one more is missing and feared dead while another was injured as the vehicle they were travelling in skidded off the road and rolled down into a river in Ramban district on Saturday.

A passenger cab—Innova (JK02BA-1707)—was on way to Jammu from Srinagar when it met with the accident near Digdol on Jammu-Srinagar highway.

Four travelers died on the spot and their bodies were recovered while one is still missing and another was rescued in an injured condition by rescuers comprising locals, police and members of QRT Ramban.

SHO Ramban Padeep Sharma said while four bodies have been recovered and injured person hospitalized, searches are underway to trace a missing person who is feared to be dead. (GNS)