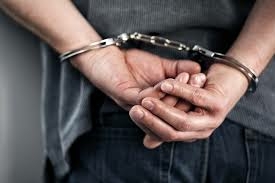 Jammu: Ahead of the I-Day celebrations, the security forces in Jammu claimed to have busted a module of Jaish-e-Mohammad, a militant outfit and arrested four militants on Saturday.

“We have arrested four militants of this module,” he said.

“Averting a major tragedy in Jammu, police have busted a module of Jaish-e-Mohammed & arrested four terrorists who were planning the collection of arms dropped by drones & supply to active terrorists in Kashmir valley,” Inspector General of Police, Jammu was quoted saying by news agency ANI.

The ADGP further added that arrested militants were planning collection of arms dropped through drones and supply to the active militants of JeM in Kashmir.

Singh further claimed that the militants were planning to carry out a vehicle based Improvised Explosive Device (IED) attack in Jammu before 15 August and reconnaissance of important targets in other parts of country. (KNO)