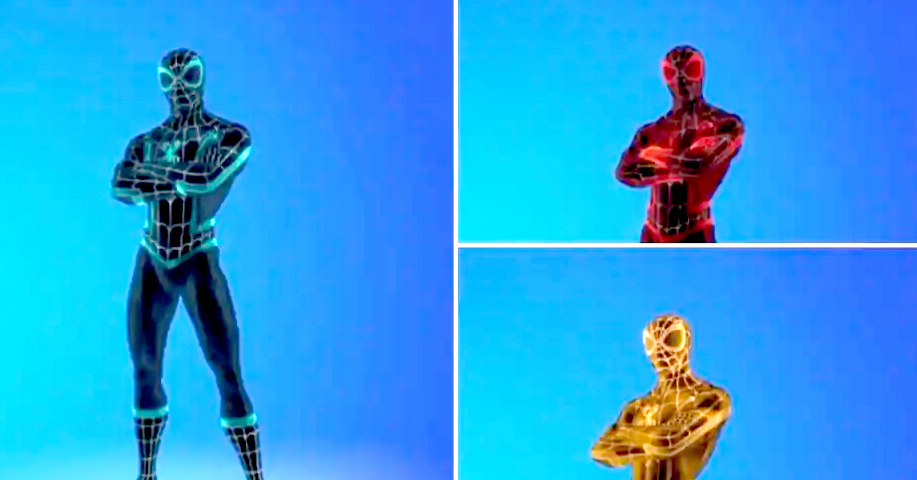 London :Epic Games’ Fortnite Chapter 3 Season 1: Flipped is up and rocking the world of online gamers. The game’s latest version has been launched with a host of additions – new weapons, new locations and new characters. Among the new characters is Spider-Man – quickly becoming the favourite of the gamers.
Among the things that have enthralled the fans are the all-new spider man skins that were shown in the game’s trailer.
The character of Spider-Man was already available in three basic skins – classic red and blue, black and white. The three new skins added are Photo Negative (blue), Scarlet Blackout (red, similar to Miles Morales’ original costume), and Gilded Reality (yellow). The skins can be used by purchasing Fortnite Chapter 3 Battle Pass, which costs 950 V-Bucks (the in-game currency).
The Fortnite Spider-Man outfit is listed on Page 9 of the season’s Battle Pass. One has to be a level 80-strong gamer and must possess nine Battle Stars in order to use the normal Spider-Man skins. To use the new Spider-Man’s Super Styles skins, one must be at level 140 in the game. The added Spider-Man skins bring the total number of skins in the game to six.
Fortnite Chapter 3 Season 1: Flipped gives a completely fresh experience to the gamers by bringing in an all-new island, with multiple weather systems including winters, tropical, and summers among others. It is said to be a flipped version of what the users had experienced earlier.