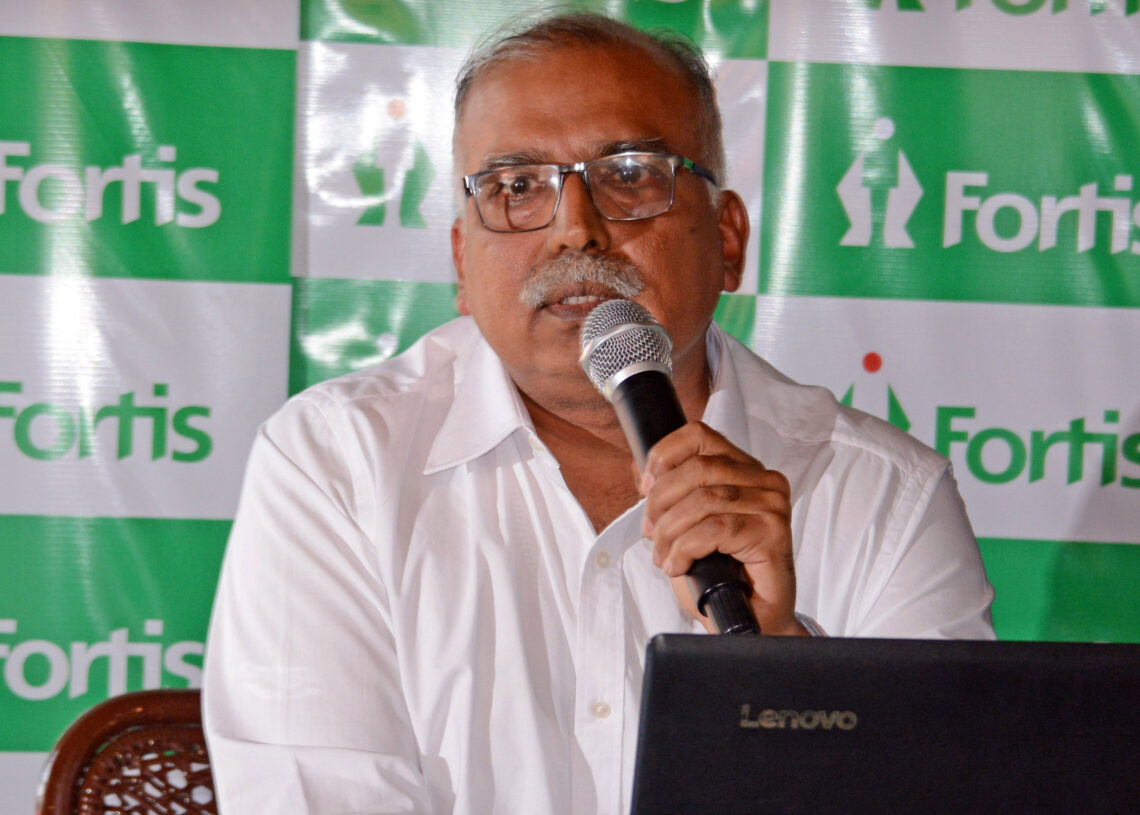 Srinagar: A 64-year-old patient was facing a distressing time as he was suffering from Parkinson’s disease and exhibited symptoms like trembling of hands, arms, head, difficulty in speaking, stiffness of limbs and impaired coordination. He had become non-responsive to
medicines and his symptoms were progressing, while severely hampering his mental and physical health.
Unable to bear the discomfort, the Patient approached Dr Anupam Jindal, Additional Director, Neurosurgery, Fortis Hospital Mohali, recently.
The Neuro-Modulation Team at Fortis Mohali comprising Dr Anupam Jindal; Dr Nishit Sawal; Consultant, Neurology; and Dr Vivek Gupta, Additional Director, Interventional Neuroradiology; discussed the patient’s case thoroughly and subsequently performed Deep Brain Stimulation (DBS) surgery.
Deep Brain Stimulation involves implanting electrodes inside the brain to produce electrical impulses, which helps treat affected cells and chemicals in the brain. The surgery considerably improves motor complications in patients with Parkinson’s disease.
Following good rehabilitation at Fortis Mohali, there was a marked improvement in the Patient’s health and symptoms related to the disease began to subside. Slowly his life got back on track, and today he is leading a normal life.
Stating that DBS was a boon for patients suffering from Parkinson’s Disease, Dr Anupam Jindal, said, “Deep Brain Stimulation can considerably improve motor complications in patients with Parkinson’s disease. Symptoms such as trembling of hands, arms, head, and difficulty in walking subside post-surgery.”
The second Patient, a 65-year-old man from Haryana, had been suffering from Parkinson’s disease for the past eight years. His illness was in an advanced stage and he literally had to drag his feet to walk. The patient underwent DBS surgery following which his health improved and symptoms related to Parkinson’s disease subsided.
Fortis Hospital Mohali is the only hospital in North India (outside NCR) to provide 24×7 facilities for the treatment of Parkinson’s disease, Dystonia, essential tremors and ataxia through DBS.
Fortis Mohali is also the only private hospital outside NCR to have a dedicated Movement Disorder Clinic which is held every Saturday from 11 AM to 2 PM, where a team comprising a neurologist, neurosurgeon and neuro-radiologist evaluates patients having tremors, ataxia, Huntington’s Chorea, dystonia etc in detail.