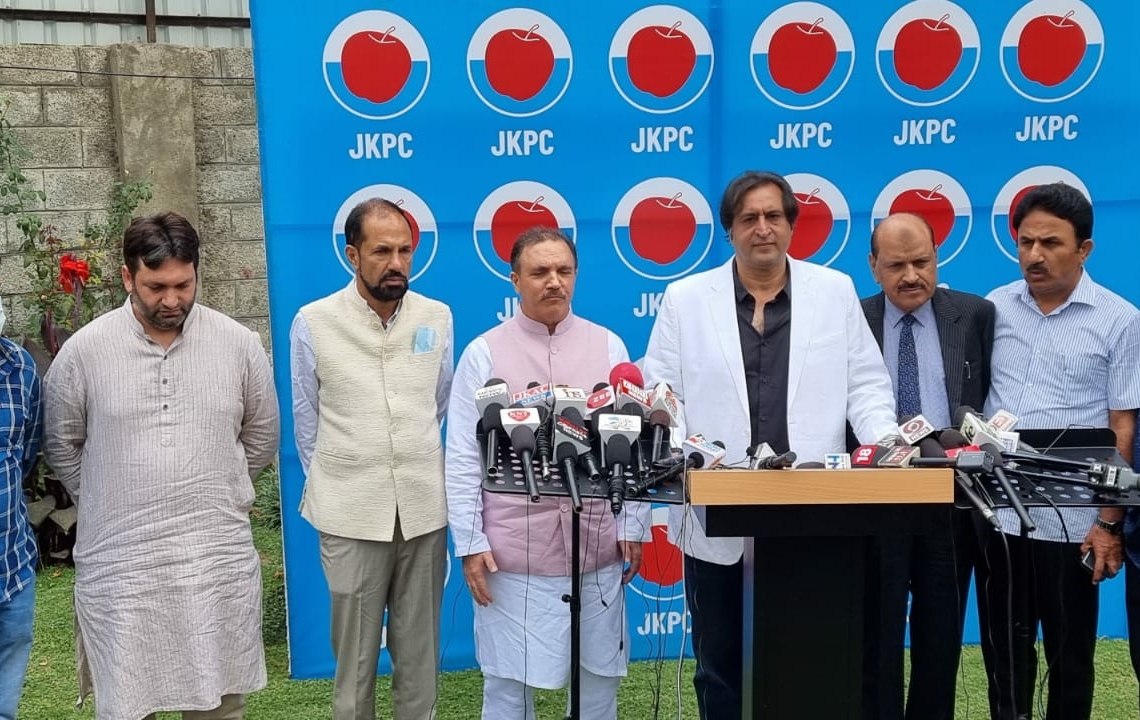 While welcoming Parvez into the party fold, PC chairman Sajad Gani Lone said that he will play a key role in scripting JKPC’s economic agenda for change.

“I whole-heartedly welcome Parvez sahib into the Caravan of Change. He has had an illustrious banking career and is a hands-on leader who has risen from the ranks. During his tenure, we saw one of the fastest turnarounds in the banking industry having turned around the J&K bank’s financial fortunes during his tenure as the Chairman & CEO. He will play a pivotal role in scripting JKPC’s agenda for socio economic upliftment of the people of Jammu and Kashmir.”

Lone maintained that he is confident that Parvez’s experience and technical expertise in economic matters will immensely benefit the party formulating a futuristic economic policy to steer J&K from changelessness to change.

“Our collective objective is to make J&K economically prosperous, self-reliant and progressive. Parvez sahib’s competence and domain expertise will be critical for the party to offer a viable, progressive and inclusive economic roadmap to the people of Jammu and Kashmir, especially in wake of insurmountable economic challenges being faced by the people and economic institutions of Jammu and Kashmir. He is also an influential personality commanding a lot of goodwill among the people. I am confident that he will work together with existing leadership and play a pivotal role in offering a new leadership to the people of south Kashmir.

Parvez expressed his pleasure on joining the Peoples Conference and said that he was inspired by the PC President’s sincerity of thought, vision and deep desire to usher in a new era of socio-economic development in J&K.

“I have earlier had the privilege of serving the people and premiere institutions of J&K in a professional capacity for many decades. It is now my yearning to contribute in creating inclusive political and economic institutions for change by working within the aegis of the Peoples Conference. We are facing enormous challenges both politically and economically and it is time that we look for collective and institutional solutions to ensure sustainable socio-economic growth and development in J&K”, he added.

“The need of the hour is that mainstream political groups must dominate the scenes in the political spectrum in Jammu and Kashmir again and if the people of J&K want an end to the problems confronting them, they must empower and accord the dignity and respect to the mainstream political parties that they deserve.   The issues confronting the people of Jammu and Kashmir on multiple fronts will never cease to exist until and unless mainstream is allowed to thrive again. It is unfortunate that those calling have no bonding with J&K and its people and are alien to its reality”, he said.