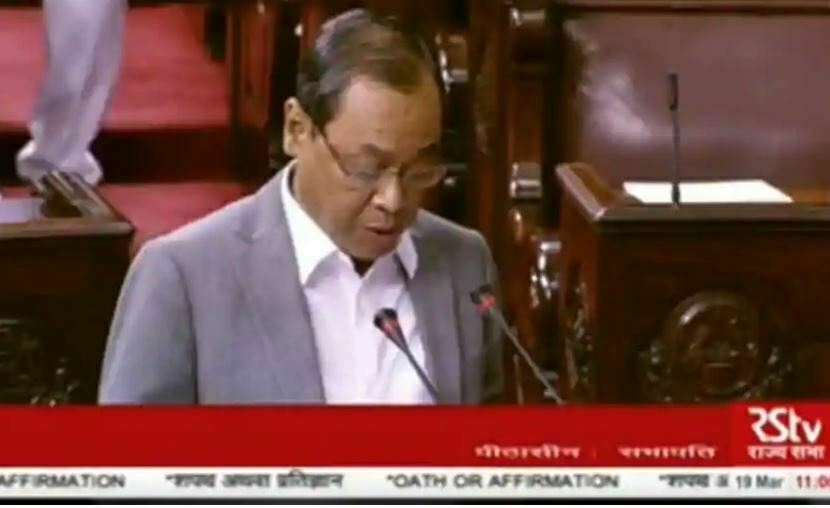 Former Chief Justice of India (CJI) Ranjan Gogoi took oath as a Member of the Rajya Sabha on Thursday. He was nominated to the Upper House by President Ram Nath Kovind. He has been allotted seat number 131 in the House.

Members of Congress and the Bahujan Samaj Party (BSP) opposed Gogoi’s appointment and walked out of the Rajya Sabha. The Communist Party of India, DMK and MDMK also joined the protest.

Justice Gogoi was nominated on March 16, four months after his retirement in November 2019.

Justice Gogoi’s nomination to the Rajya Sabha has not found favour with retired Supreme Court judges like justices Madan Lokur, AK Patnaik and Kurian Joseph who have spoken out against it. But Gogoi has defended his nomination, saying that he accepted the offer because of his conviction that the legislature and judiciary must work together for nation-building.

“My presence in Parliament will be an opportunity to project the views of the judiciary before the legislature and vice versa”, he said. He added he had given the nomination a considerable thought before agreeing to take accept it.

During Gogoi’s term, several key cases came up for the hearing — including the allegations against the government about procedural flaws in the procurement of Rafale jets, and the controversy over the government’s decision to transfer Central Bureau of Investigation director Alok Verma before the end of his term.

Gogoi’s most significant judgment was in the Ram Janmabhoomi case, where he led a bench which granted the disputed land in Ayodhya to the Hindu parties, paving the way for the construction of the Ram Temple, a key political agenda of the ruling Bharatiya Janata Party.

A petition has been filed in the Supreme Court by activist Madhu Kishwar against Gogoi’s nomination. Kishwar says that the nomination gives it the colour of a political appointment and casts a shadow of doubt on the credibility of the judgments delivered by the Supreme Court under Gogoi.