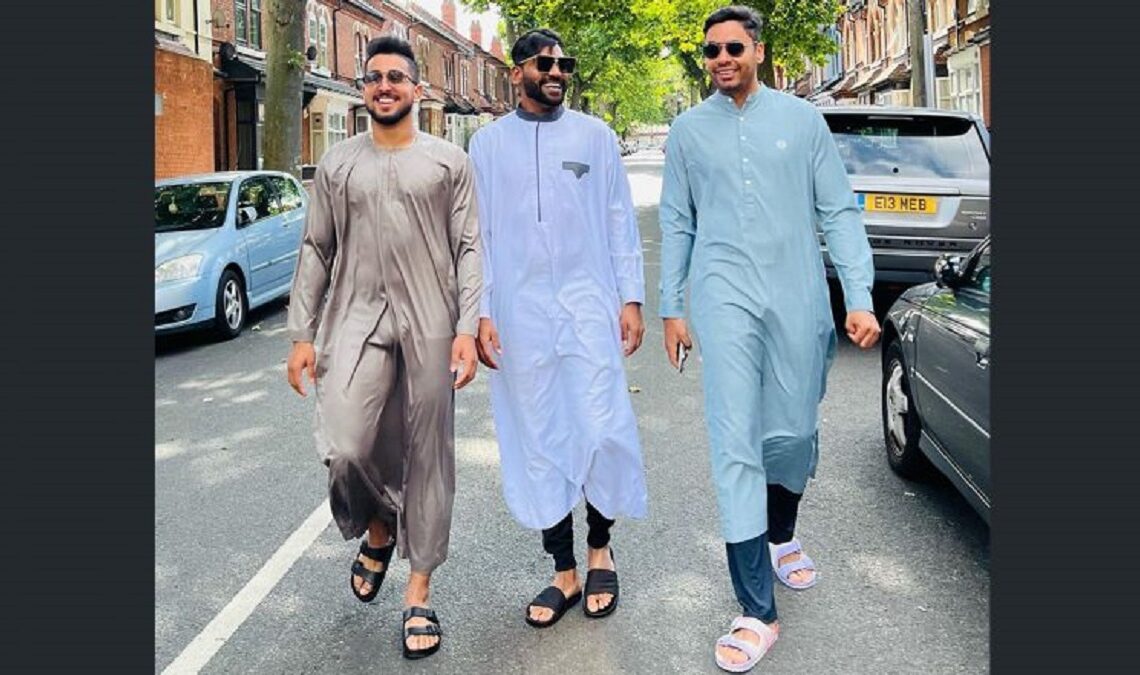 Umran Malik who was selected for India’s T20I squad against England shared a photo with Mohammed Siraj and Avesh Khan. Umran Malik took his social media to wish Eid to fans all around the world.

However, the 22-year-old J&K pacer had a forgettable day on the field in the third and final match of the three-match T20I series against Jos Buttler-led England National Cricket Team at the Trent Bridge, Nottingham on Sunday, July 10.

India National Cricket Team made four huge changes to the playing XI in the third T20I after winning the first two games in a dominant fashion and getting an unassailable lead of 2-0.

Meanwhile, Umran started off poorly in the Nottingham T20I against England, leaking 17 runs in his first over. In his second over he gave away 10 runs and picked the wicket of opening batsman Jason Roy. In his third and fourth over, the express pacer gave away 14 and 17 runs.

Umran Malik ended his 4-over spell with the bowling figures of 4-0-56-1, which is the third most expensive figures ever for an India National Cricket Team bowler in T20I cricket.

Notably, Umran Malik made his T20I debut in the first match of the two-match T20I series against the Ireland National Cricket Team in Dublin and he bowled a poor first over, as a result, he was given only one over in the match by the stand-in captain Hardik Pandya. In his second T20 International game, he picked one wicket and gave away 42 runs.