Forget skinny models, enjoy catwalk of girls with down syndrome 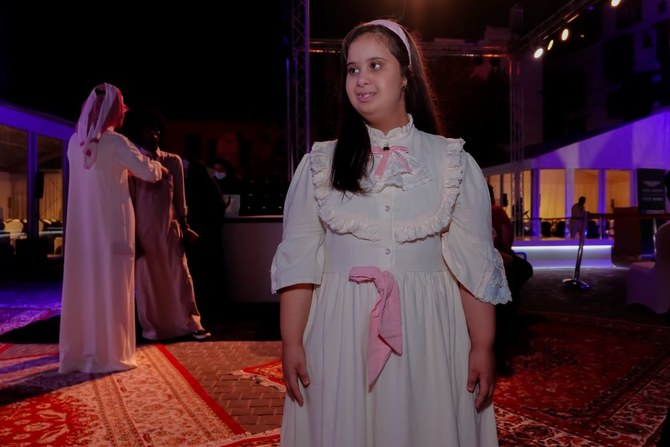 JEDDAH:  A packed hall erupted in thunderous applause when young girls with down syndrome walked the ramp in Jeddah.

The young models joined their professional counterparts on the runway to the delight of both organizers and onlookers during the event.

Arab News reported that Basamat Arabia’s three-day bazaar in Jeddah featured child models from the Help Center — a pioneering organization in Saudi Arabia caring for children with disabilities, including Down syndrome.

Basamat Arabia’s owner, Aisha Al-Mami, told Arab News that she has long admired the Help Center’s efforts on behalf of disabled children, adding that the bazaar took place “in the month of giving back.”

“We’re in the generous month of Ramadan; it’s the month of giving back and the Help Center personally means a lot to me,” she said.

“I’m a big fan, and am inspired by all the effort and amazing work that they do for the kids.”

Al-Mami said that she “absolutely loved” the idea of mixing child models from the Help Center with professional models.

“It was so lovely and I was so happy to see my idea come to life,” she said.

Fashions by different Saudi designers were featured on each of the bazaar’s three days, with about 20 Saudi brands on display, including Nasiba Hafiz, Otkutyr fashion house, Honayda, Galag, Kim’s Coffee, Parlor Salon, and 28. g.

The port city and commercial hub is registered by UNESCO as a world heritage site and is one of the Kingdom’s most popular destinations.

“We decided to call it a bazaar because of the idea of bazaars back when all the merchants would gather with the suppliers and meet in a certain area called a bazaar. This is basically what happened in Jeddah’s port,” she said.

“We decided to bring this authenticity back in a new way through fashion. We bring art, fashion, culture, and beauty, and put them all in one place in the heart of historic Jeddah.”

Al-Mami was also inspired by descriptions of the city as the “Bride of the Red Sea,” saying: “My idea was to create a runway, a beautiful runway shining from the sky.”