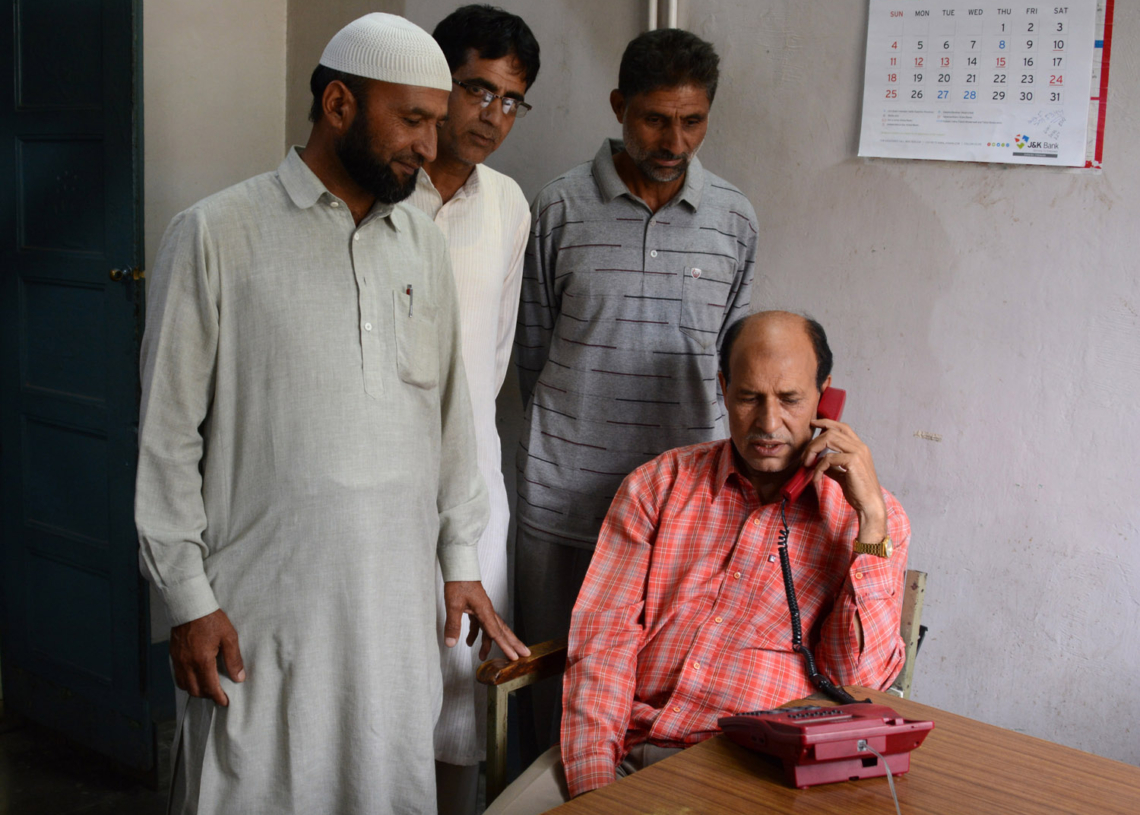 Srinagar: Outside a two-storied house of Ghulam Mohammad Dar at Rajbagh, a large number of people have been queuing up since last week to dial their loved ones living outside the valley.

Dar is one of the few people who still have a landline phone facility at home. Earlier this month, landline services were restored in some civil line areas of Srinagar after weeks of communication gag. The government had suspended mobile and landline phone services on the intervening night of August 4 and 5.

As soon as the news regarding the restoration of telephone services spread, people rushed to the households having landline telephone facility to contact their loved ones.

Maimoona Begum, 60, had not been able to contact her son Aamir for almost three weeks. She was the first to rush to Dar’s house to contact her son who was facing an acute financial crunch as the family could not transfer money due to internet blockade.

“We would transfer him money via internet every week. Since the suspension of internet and phone services we have had no contact with him,” she said.

Hashim Ahmad, a resident of Hazratbal in Srinagar outskirts, travelled 10 kilometres on foot to Jawahar Nagar to call his father who is working in a private firm at New Delhi.

“We lost contact with him since August 4. He might be worried about the situation in Kashmir. I am looking for an STD booth or someone who could help me in contacting my dad,” he said.

For the last two weeks, scores of the customers have rushed to local BSNL office to restore their landlines, which they had disconnected for many months or years.

Irfan Hussain, a subscriber from Aali Kadal in old city, had almost given up the idea of using his landline connection. On Monday, he rushed to BSNL office to clear his pending dues with a hope that his phone might be restored.

“We have heard that landlines will only function in Kashmir. Many in my Mohalla have cleared their dues to restore the abandoned landline connections,” he said.

Meanwhile, reports said that many STD booths have come up within Srinagar city where telephone services have been restored by the government.