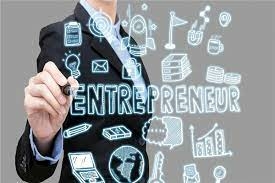 Srinagar:  With government jobs becoming scarce, educated youth are trying their hands at entrepreneurship to eke out their livelihood in Kashmir.

Official documents accessed by The Kashmir Monitor reveal that more than 47,000 Micro Small Medium Enterprises (MSME) have been registered in Jammu and Kashmir since 2015 with almost 70 percent of coming up last year.

A total number of 36507 classified and unclassified units have also come up in Jammu and Kashmir since July last year when the lockdown was in force. Of these units, 32208 are Micro, 1240 Small, 124 Medium.

A total of 4299 unclassified units have also been registered by the youth via Udyam.

‘Udyam Registration’ portal was launched by the Ministry of MSME on July 1, 2020.

An official said that most of the MSMEs are involved in the manufacturing sector.

“Scores of the youth after getting monetary support via various government schemes set up their units mostly handicrafts, food processing, canning, joinery, retail, wholesale and other units,” he said.

He said the units have been coming up at a fast rate given the interest subvention provided by the government.

“Even now registration of MSMEs is going at a very fast rate. Youth are looking for various avenues in the business sector to earn and generate employment for others too,” the official said.

Pertinently, Entrepreneurship Development Institute, Department of Industries and Commerce, Khadi and Village Board, Handicrafts Department and many other departments are assisting aspiring entrepreneurs to set up their units.