For non-local footballers: How has this place been? 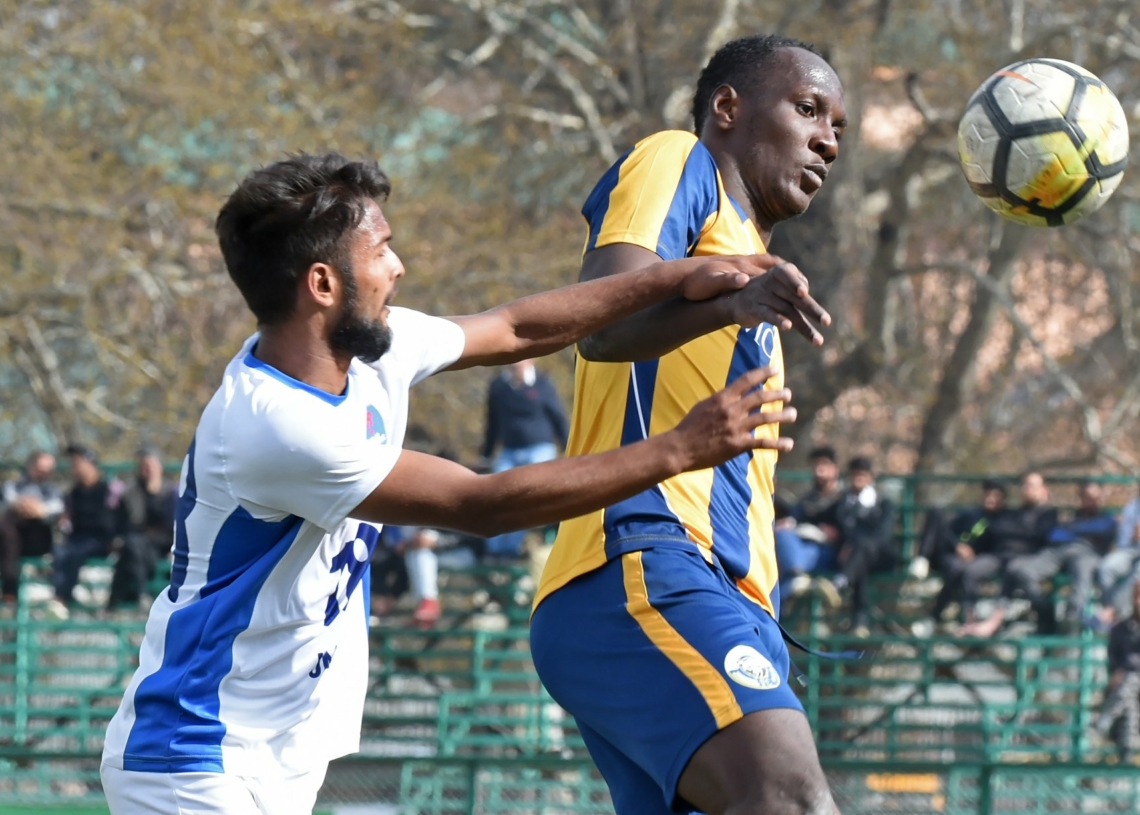 This I-league 2nd Division going on at TRC Astroturf along with some glittering football, has brought in many positive things with it. The best being the emergence of 2nd table top Real Kashmir FC as an imposing football club, having remained unbeaten in all the six matches played so far.

I-league format has inbuilt home and away team matches which necessitates the participating teams to play outside the state and to contract non-local players which has let the local boys to gauge their skill and endurance. Moreover, the outside state teams including Hindustan FC, FC Pune City, Delhi United FC, Delhi Dynamos FC (reserve) have visited the valley to play their away matches and so did many non-local players.How has beentheir experience?

Moving back in time, I remember brothers Ashwani (alias Ashu) and Arvind (alias Sonu), my neighbours and childhood friends. We belonged to two different family profiles, two different schools and two different faiths, yet we gelled well enough to form a friend triangle, isosceles though. Early 90s were dreadful for all of course, but these years would be nightmarish for the duo, even though they were taken extra care by the neighbours. Punctual as any other batae(Kashmiri Pandit), Ashu my winter tution mate, always in duckback boots would knock the door while I was still in the bed. “Tchaer goav! (we are already late)”, every time he would say in low voice. And my mother would complement, “Haiichh  Ashuvas Nish (learn from Ashu)”. More than anything else, cricket – very famous those days, was the binding force of this friend triangle. Even if there was an element of animositywithin the triangle, it was based on performance – academics and cricket – rather than political aspirations or faith. I still remember the matriculation score of Ashu (526) and mine (538) and the result, friends became competitors.Having spent early childhood in Pahalgam (as their Engineer father was posted there), both have felt their homeland heaven on earth, the place they left behind for better careers. But their motherland has never proved hostile, as far as I understand.

It has been around two decades since the family left Kashmir safe and sound for higher education and jobs, but the triangle exists on facebook, still isosceles nevertheless.

Dashyang a bio-chemical Engineer by qualification, another Kashmiri pandit, whom I saw recently in TRC ground playing for Lonestar Kashmir FC on I-league (2nd division)has given that special feelingof having a Kashmiri Pandit friend around. Though Dashyang is still a little son and I, a father of two now, the bond is revitalized. Born in Delhi, Dashyang has been brought up in Mumbai where he started playing football at the age of 14. At 16, Dashyang started playing for a Mumbai-based professional football with PIFA club and also represented Maharashtra U-19 team in the national B.C. Roy football tournament. He remembers his first I-league (2nd division) experience as being one of the youngest to play the league at the age of 17 with PIFA.  It  is after 5-years I-league experience that Dashyang got an opportunity to play for Lonestar Kashmir FC – Srinagar based I-league club. Sharing his experience with Lonestar Kashmir FC, which Dashyang has been playing in for second year now, he says, “The experience has been great. People here have showed a lot of love towards me, especially the fans. The owner treats me like a son and the management takes care of each member of the team. I love the place personally and would like to relocate here hopefully soon because of the sentiments and roots of my family.”

For Dashyang who stays at the team hostel in Barzulla Srinagar, it has been a memorable experience to play and live with such a diverse team having a French, a few Delhites, a Keralite, a Mumbian, a few from Jammu and many local boys in it. For a talent like Dashyang who has his roots in the valley, playing here is like a dream  in such a cool weather on the picturistique Astroturf. Rejecting theories of security issues, Dashyang says, “Many players and the team have come to Kashmir and played and they have never had any trouble here.”

27 year old French footballer – Alexandre Tabillion – known as Alex to his team mates, is an attacking mid-fielder, who started play professional football with a French club Roanne FC as a budding footballer.Alex, son of a French businessman, has already travelled to Romania and Indiato discover and experience football cultures of different countries. In India, played for Mohammadan Sports Club in June 2016 till March 2017 after which Alex joined Lonestar Kashmir FC. For Alex, primary attraction to the valley based Lonestar Kashmir FC has been the good relationship he has developed with the team owner and also the experience he has had with the team last season.

Regarding his experience in the valley in comparison to other places in India, Alex has this to say, “I feel really good because the place is very calm, people are nice too and the weather is good for me too. It is not too hot here as is in Kolkatta or Delhi.”Moreover, compared to Kolkatta where the Frenchman spent 2 years, Alex finds Kashmir very calm as Kolkatta has a huge population and 24-hour noise with a humid weather.  Alex says, “I like Kashmir because it reminds me of France with the mountains here and some beautiful places like Gulmarg and Dal Lake.” Alex shares a memorable visit to Gulmarg last yearalong with his friend from Ivory Coast, who never had the experience of witnessing snow before.”

Alex, like Dashyang, did not have any safety issues either as he says, “I did not get any problem in Kashmir, it is just when you are outside Kashmir that everybody will tell you this place is very dangerous. Don’t go out, don’t do anything but there is nothing dangerous here. I went here last year and I did notface any problem and this year, it is the same thing. I guess it is the people from outside who judge this place and may be they don’t know or never came here”.

For foreign footballers, Alex has this message, “I am here for two years now. If anybody wants to come to Kashmir, I will tell them to come. Here they will be happy to see this beautiful place and will have a good experience too.”

Vinay, a Jammu lad, who started playing with a local Jammu club Youngstar FC and since  has rich footballing experience with many famous clubs like Delhi United FC, Mumbai Tigers FC, J&K Police FC, JCT FC etc. Vinay has been playing with Lonestar Kashmir FC since inception. For Vinay, Kashmir is second home and he enjoys every moment of stay in Kashmir. Vinay proudly says, “For me, this is the best place in India. It is much safer for outsiders and from outside, it is just rumours. I freely play and enjoy this place.”

At last, Anand – Manager Delhi Dynamos FC (reserves) sharing his experience during short sting of one week draws a comparison of this valley with North of Spain which Anand visited 40 years back. For Anand, some local talent like Danish is quite good.And infrastructure –  astroturf is of good quality, but separate pitch for training and the dressing rooms ought to have been better. Visually,this place is naturally peaceful and full of fresh air and everything around has been good.Anand says that during his one week stay, he did not witness any problem, but at the same time,he admits that there is too much security around.

There are many non-local players who shared their experience of playing in I-league (2nd division) this season and almost all have the common view -here, it is safe and heaven!