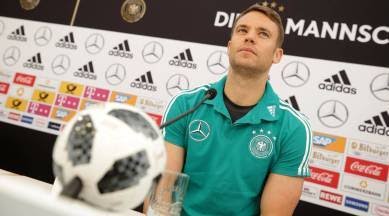 MUNICH: Germany goalkeeper Manuel Neuer has stunned the football world by disclosing that he was previously treated for skin cancer and had to undergo surgery.

Neuer said he has a scar near his nose and that “I had to be operated on three times and I had skin cancer there,” in a video launching a new skincare line with former top-ranked tennis player Angelique Kerber.

Neuer didn’t say when the operations took place. He was pictured last year wearing a plaster over the affected area.

Ahead of the World Cup in Qatar, the 36-year-old Neuer has not played since Oct. 8 because of a shoulder problem. Bayern has said he could return to action Saturday when Bayern plays Hertha Berlin.