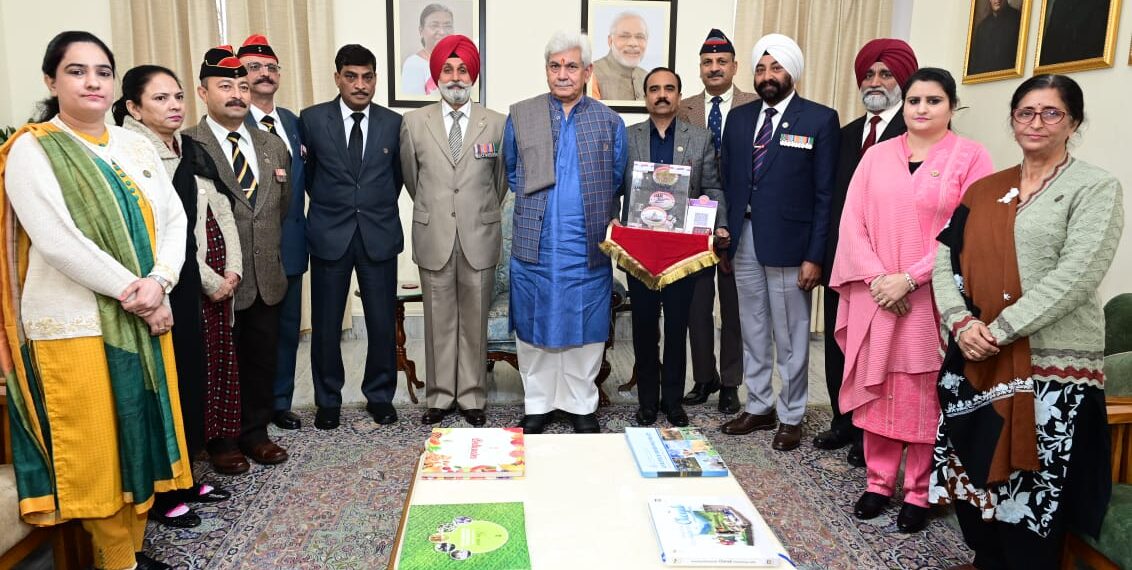 JAMMU, DEC 07: Lieutenant Governor, Manoj Sinha today extended warm greetings and best wishes to all members of the armed forces and their families on the occasion of Armed Forces Flag Day.

Paying tributes to the Bravehearts of Armed Forces and saluting the bravery and selfless service of the Defence Forces and their families, the Lt Governor said the Flag Day is an opportunity for all of us to express gratitude and solidarity with brave armed forces personnel.

“I salute the courage and dedication of our soldiers and acknowledge with gratitude their valour and service to our country,” said the Lt Governor

On the occasion, the Lt Governor appealed to all citizens to contribute generously to Armed Forces Flag Day fund and serve the noble cause of welfare of soldiers, the ex-servicemen and their families.

Later, Director Sainik Welfare Department briefed the Lt Governor on the endeavours made and initiatives taken up by the Department for the welfare of Veterans, Veer Naris, their dependents and serving Armed Forces personnel.