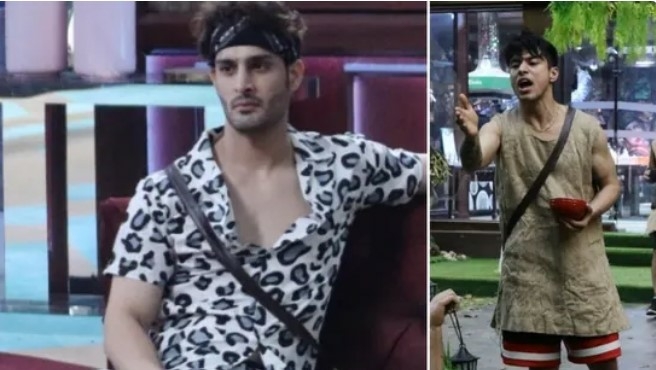 A belligerent Umar Riaz took on Pratik Sehajpal and questioned his academic credentials and career as Bigg Boss contestants’ try to cross the last hurdle to reach the final.

The incident occurred when contestants were competing to get the ticket for the finale. Umar Riaz first told Abhijit Bichukale, “Dada, aap bhi bhedchaal ho (You follow the mob mentality as well).” Rashami Desai added that he has no individuality

When Pratik agreed with them, Umar told him that he also has a similar mentality.

“That is all you can do, you will just interfere in other people’s matters. You do not even respect women, they are in the bathroom and you try taking out the latch (referring to an older incident on Bigg Boss OTT when Pratik had tried to open the latch of the bathroom door when Vidhi Pandya was still inside),” Umar said

Pratik got angry, walked up to Umar, and said, “Faltu bakwas mat kar. Sharam kar (Do not talk nonsense. Have some shame).”

Umar then told him: “You cannot do anything in the tasks.”

Pratik hit back and said, “There are 106 bones in our body, right,” reminding Umar of his wrong answer to Salman Khan’s question.