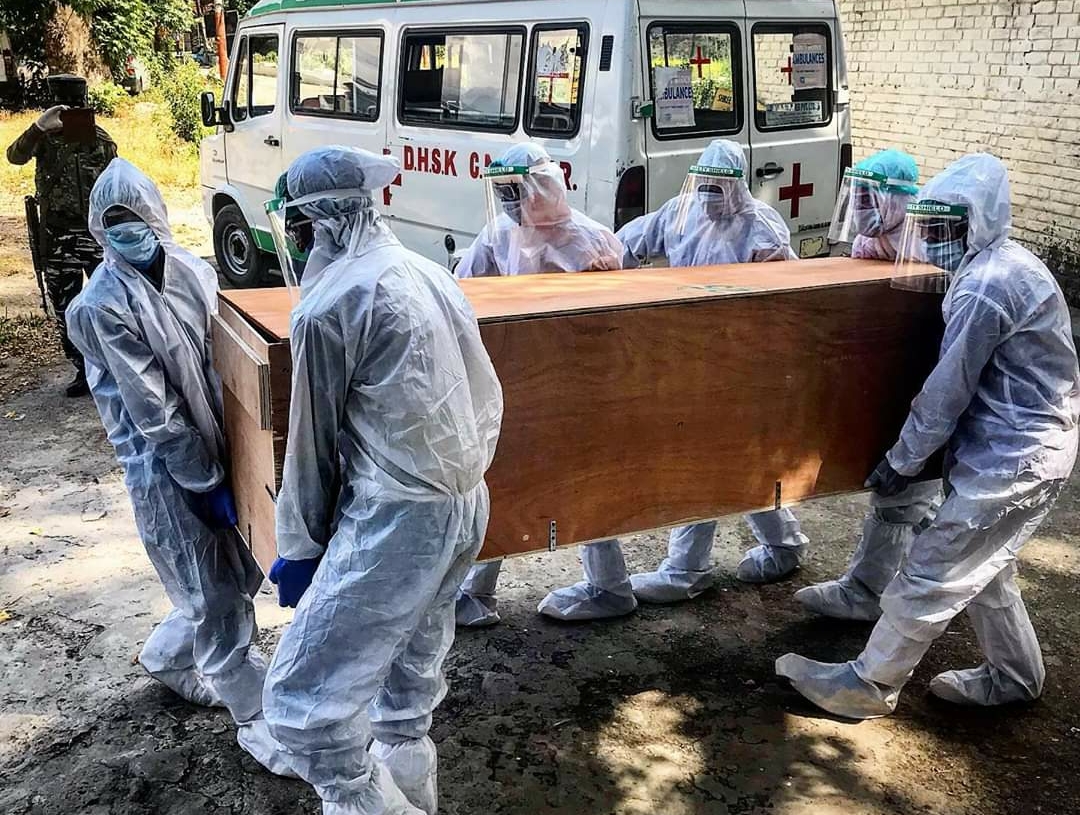 Srinagar: A 25-year-old man was among five more people who succumbed to covid-19 in Jammu and Kashmir, taking the fatality count to 4095, officials said on Monday.

Official sources said that the 25-year-old youth was from Bahufort and died at GMC Jammu.

A 35-year-old woman from Muthi Camp, and a 35-year-old man from Bihar, at present Kishtwar, also died at the same facility, they said.

A 58-year-old man from Shopian died at SKIMS Bemina, 12 days after he was admitted to the one among the covid-19 management facilities here.

A 60-year-old man from Aalikadal Srinabar, died fortnight after he was admitted to the facility, they said.

Lately, there has been decrease in both the number of daily cases and deaths. So far 172 people have died this month while over 8000 cases have been added to the overall tally. Last month was deadliest as J&K recorded 1625 Covid-19 deaths. The fatalities in these 31 days accounted for 41.59% of the total deaths reported in J&K so far since March last year. Also 114359 Infections were added to overall tally. (GNS)