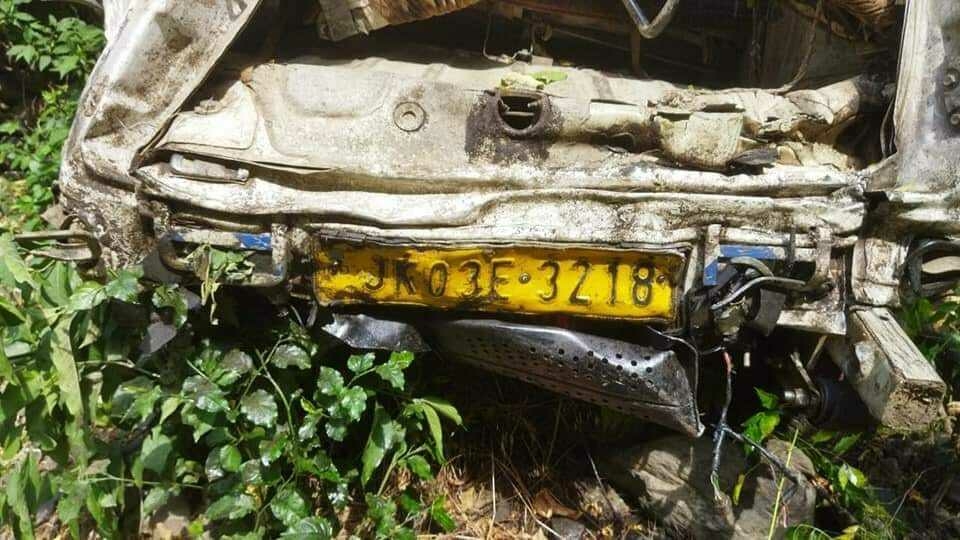 Jammu: Five persons were killed when a taxi cab they were travelling in skidded off the road and rolled down into over 1000 feet gorge in Ramban district on Friday, officials said.

They said that at around 4:40 pm, a Sumo vehicle (JK03E-3218) on way from Neel to Tata Pani Sangaldan skidded off the thoroughfare and rolled down into the gorge at Digdol area in the district.

Five persons died on the spot and at least five others were injured, the officials said.

An official said that Ramban police along with QRT, UTDRF and Army rushed to the spot and started rescue operations.

The sumo was coming from Ramban towards Ramsoo where it collided with a vehicle bearing registration number JK04G-0822 coming from the opposite direction and the driver of the sumo lost balance.

Identity of the deceased passengers was yet to be ascertained.

The case has been registered at Police station Ramban and further investigation has been taken up.