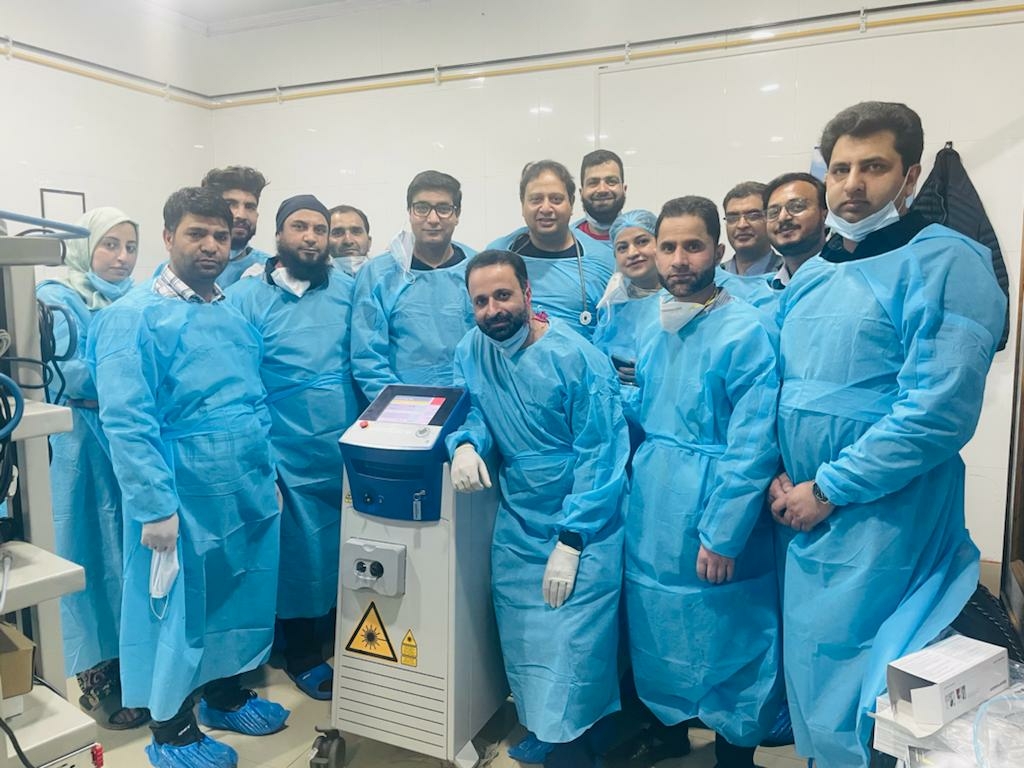 Srinagar : In a first of its kind in Jammu and Kashmir, the department of Pulmonary Medicine, Government Medical College Srinagar, has added facility of laser to the armamentarium of interventional pulmonology.

“Laser is a useful tool for interventional pulmonologist.

It is helpful in management of various respiratory diseases like central airway obstruction (malignant or benign) and haemoptysis (coughing of blood) of varying aetiologies (causes,” a senior doctor at GMC here told. The facility is set up at the CD hospital here.

Prior to this, a large number of patients had to be referred to higher centres outside J&K for management of such respiratory diseases.

“We are highly thankful to Professor Samia Rashid principal GMC Srinagar and Medical Superintendent Dr Saleem Tak for their efforts in starting this facility,” he said.

The leading pulmonologist of the Valley, he said that addition of Laser will definitely improve the patient care and reduces the economic burden to the patient.