‘Filthy servants’: Kuwait will throw out 7.5 lakh Egyptian workers by 2023, here is why 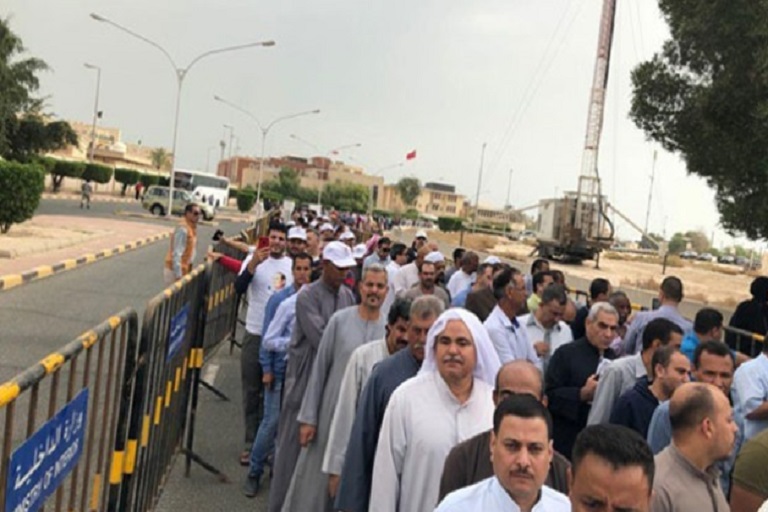 Kuwait announced that it would lay off 7.5 lakh Egyptian workers in the country over the next year.

The government has announced that it will start by laying off 2.5 lakh Egyptian workers by next month and suspend all contracts with non-natives, a report by Middle East Monitor said.

The Gulf country seeks to remove all expatriate workers across sectors.

Egyptians make up around 24 per cent of the total workforce in Kuwait, the Kuwait Times said in February, making them the largest expatriate group in the country.

For a long time, the largest group was Indian workers, but according to the same source they now make up 23.7 per cent of Kuwait’s workforce.

The statistics report, by the State Audit Bureau, said that only 22.3 per cent of the workforce are Kuwaiti out of 77.7 per cent of non-Kuwaitis.

Two years ago, a video of a Kuwaiti customer slapping an Egyptian cashier went viral with commentators saying it underscored racism in the country towards Egyptian workers.

The same year an Egyptian worker was stabbed to death in Kuwait whilst a Snapchat influencer called Egyptians “filthy servants.”

In 2020 Kuwait’s parliament proposed a draft law to reduce the number of foreign workers in the country with the aim of getting the number of Egyptians down to ten per cent.

The law stipulated that government agencies should not renew the residencies of foreign workers.

The decision to lay off 750,000 Egyptian workers has come as the cost of living across the world has soared and many families have struggled to buy basic goods.

Egypt’s unemployment rate hit 7.2 per cent this year. The North African state’s economy has struggled over recent years due to widespread corruption, the aftermath of the global coronavirus pandemic and now the Russian invasion of Ukraine.