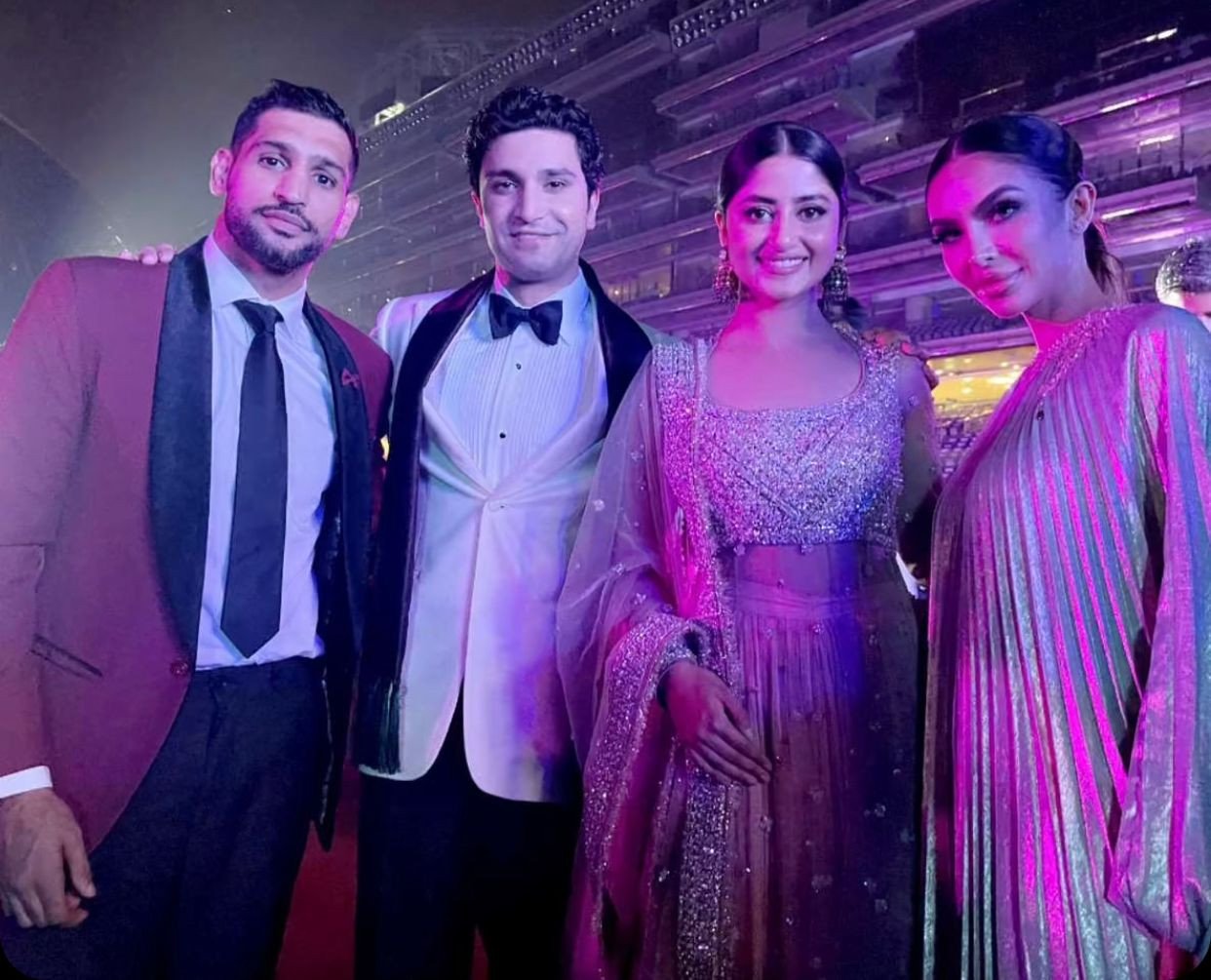 Far from cricketing hullaballoo, Indian and Pakistanis actors converged at Dubai to celebrate the cinema’s finest.

The occasion was the `Filmfare Middle East Achievers’ awards. It was a celebration of Bollywood, Arabic, and Pakistani cinema’s finest.

Kajol, Mohamed Ramadan, Sajal Aly, and Mahira Khan were honoured on the occasion.

Actor Maniesh Paul hosted the show. Indian dancer Nora Fatehi and others performed on the stage.

It also marked the first big entertainment event for Eastern celebrities since the Covid-19 pandemic erupted.

“This night is symbolic that art has no boundaries or knows no nationalities. I am looking forward to seeing all the actors from Bollywood, Pakistan, and Arab cinema coming together,” actor Vivek Oberoi said.

Sajal Aly also expressed her gratitude at attending a glamorous awards night of such scale after so long. Dressed in a glittering skirt and top, she said she was looking forward to celebrating the best of talents from countries other than her own.

Kajol took home the Powerhouse Performer over Two Decades trophy. More than 40 awards were presented to artists from Bollywood, Pakistan, and Arabic cinema.

Celebrities including Ayesha Omar, Ejaz Aslam, and Faysal Quraishi were also spotted at the event.

And while Maya looked ravishing in a white Mark Bumgarner outfit, Mahira went for cut-out shoulder light green and white sequined gown, which was a little ill-fitted. Nevertheless, she remained the most sought-after Pakistani celebs of the evening.