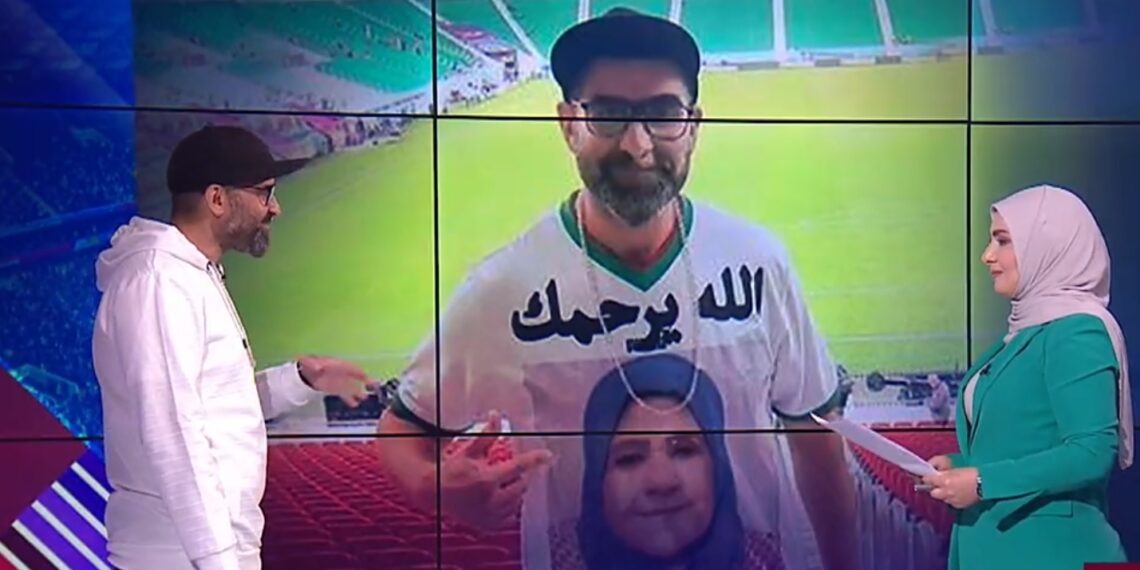 Doha: A man sold his mother’s jewelry to attend the World Cup matches in Qatar.

“My dear mother, I’m sorry. When I come back, I will explain to you why I sold your jewelry. It’s the World Cup,” he apologized while talking to `Al Kass’ channel,

“I thank the state of Qatar for hosting the tournament, and the mother, God willing, is forgiving, and I will compensate her after my return to her.”

A Moroccan fan wore a shirt bearing the image of his mother, who died seven days before the start of the World Cup Qatar 2022, calling for her mercy, and evoking her memory in the matches she was absent from.

Mohamed Amin Ammari said in an interview with Al-Jazeera Mubasher that his mother was supposed to attend the World Cup Qatar matches with him, so he wanted her to be with him symbolically in the stadium, and that is why he printed her picture on the Moroccan national team shirt that he wears.

Many scenes similar to the situation of Arab fans spread, as a fan from Ecuador raised a banner to apologize to his wife for borrowing from the bank so that he could travel to Doha to attend the World Cup, while a Portuguese fan raised a banner in his country’s match against Ghana in which he said that he quit his job to see the superstar.