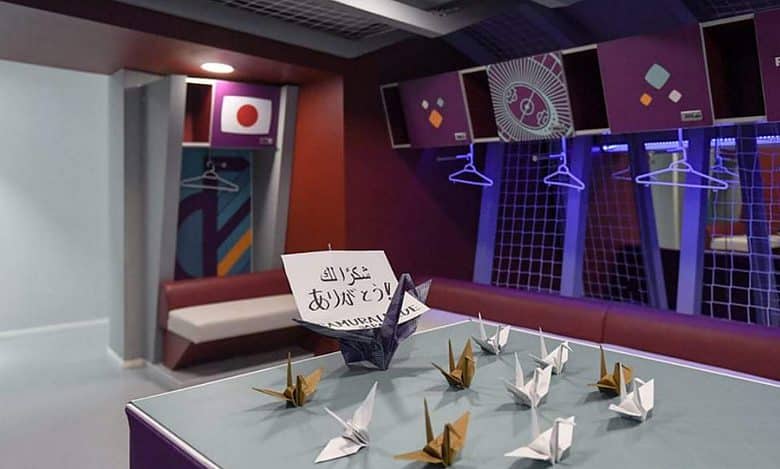 Japanese football team is winning hearts for their mannerism and cleanliness at Qatar World Cup.

A picture that went viral on social media showed the condition of the Japan national team’s dressing room at Khalifa International Stadium.

The dressing room appeared to be in excellent condition, clean and tidy, as if no one had entered it or used its facilities.

In addition, the players left behind Origami swans and a thank you note in Japanese and Arabic.

This behavior was not the only one by the Japanese fans, as they did so for the first time after the end of the Qatar-Ecuador match, at the opening of the current version of the World Cup, which was held at Al-Bayt Stadium on Sunday, November 20, 2022, even though their national team is not playing.

This behavior of the Japanese is not limited to the matches in which they win. The loss against Costa Rica in the second round of the group stage did not prevent them from cleaning the stands of Ahmed Bin Ali Stadium.