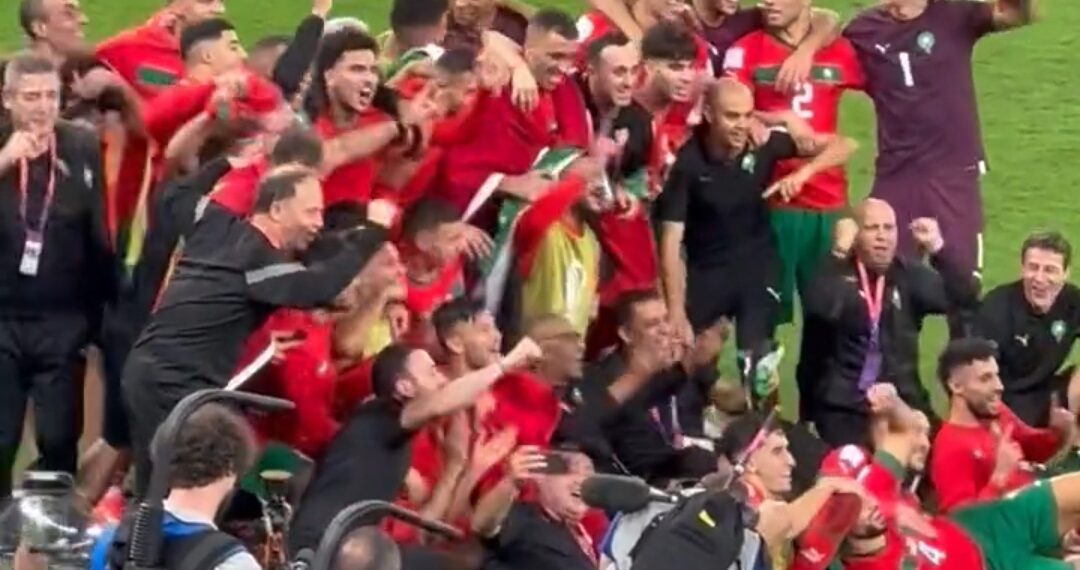 After qualifying for the quarter-finals, Moroccan team took a lap of honor draped in Palestinian flags, laying them out on the turf alongside the Moroccan flag to huge cheers from the packed stadium in al-Rayyan.

Morocco contained the Spanish attacks and hit back on the counter, creating clear-cut chances to keep fans worldwide on the edge of their seats.

Goalkeeping hero Bono, who saved all three Spanish attempts in the penalty shootout after extra time, was among those to pose with the Palestinian flag at the Education City stadium.

In prior matches, both fans and players have chanted in solidarity with the Palestinian cause and unfurled banners in the stands.

From London to Paris, Moroccan fans across Europe celebrated their team’s remarkable victory on the streets after they knocked out their heavyweight Spanish opponents.

“The team did not only honour their country but also represented the Arab region and Africans who supported them,” said former striker Yousef Hajji to the New Arab’s sister site Al-Araby Al-Jadeed.

“It really feels like this wonderful generation can conquer the impossible.”

Next up, Morocco faces another neighbor across the Mediterranean, Portugal, in the quarter-finals.

“After this victory, the team just have to go out there to play and enjoy themselves,” said Hajji.