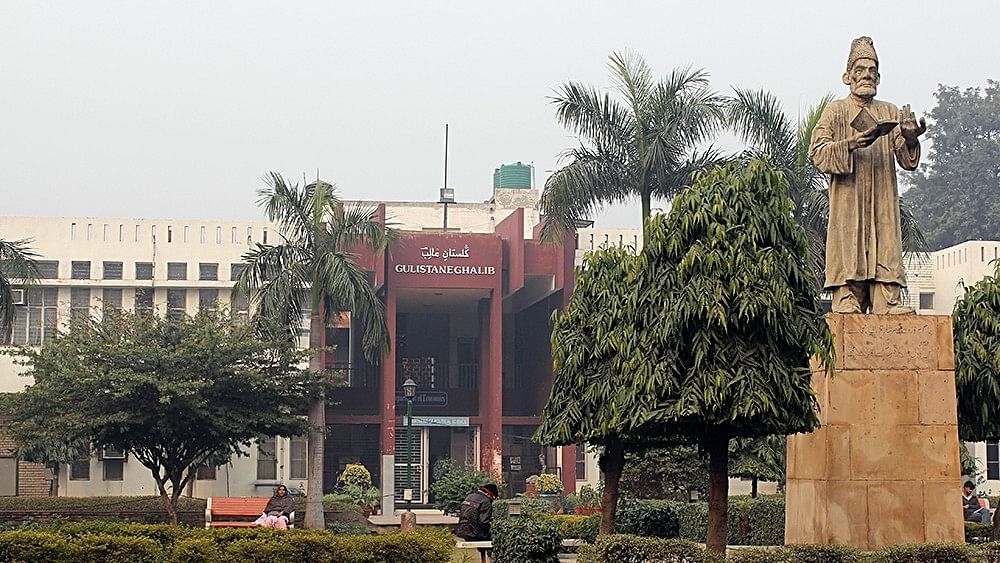 Srinagar: A female student at Jamia Millia Islamia University in Delhi has been booked for a post on her Instagram handle about the Handwara encounter.

The 22-year-old law student, Mahoor Parvez, was booked after a complaint by a Bajrang Dal worker over her post which the student has eventually deleted, The Indian Express reported.

The case has been registered at Khurja police station in Bulandshahr.

According to the FIR, the student, Mahoor Parvez, through her Instagram post last Sunday, “tried to sow seeds of acrimony among different sections of society.”

“While our soldiers are laying down their lives for the country, some elements within our nation who have their vested interests to serve are maligning their sacrifice. We will not tolerate such anti-national activities and will take to the streets if she was not arrested by the police soon,” Praveen Bhati, a lawyer and Seh Sanyojak of the Bajrag Dal’s Bulandshahr unit was quoted in the Express report.

“We have lodged the FIR under non-bailable IPC sections 505-b (Whoever makes, publishes or circulates any statement, rumour or report with intent to cause, or which is likely to cause,fear or alarm to the public, whereby any person may be induced to commit an offence against the state or against the public tranquility ) ,505-2(statements creating or promoting enmity,hatred or ill will between classes) and the relevant sections of the IT Act,’ ” Subhash Singh, in-charge of Khurja police station, told The Indian Express.

I am absolutely healthy, not suffering from any illness: Amit Shah