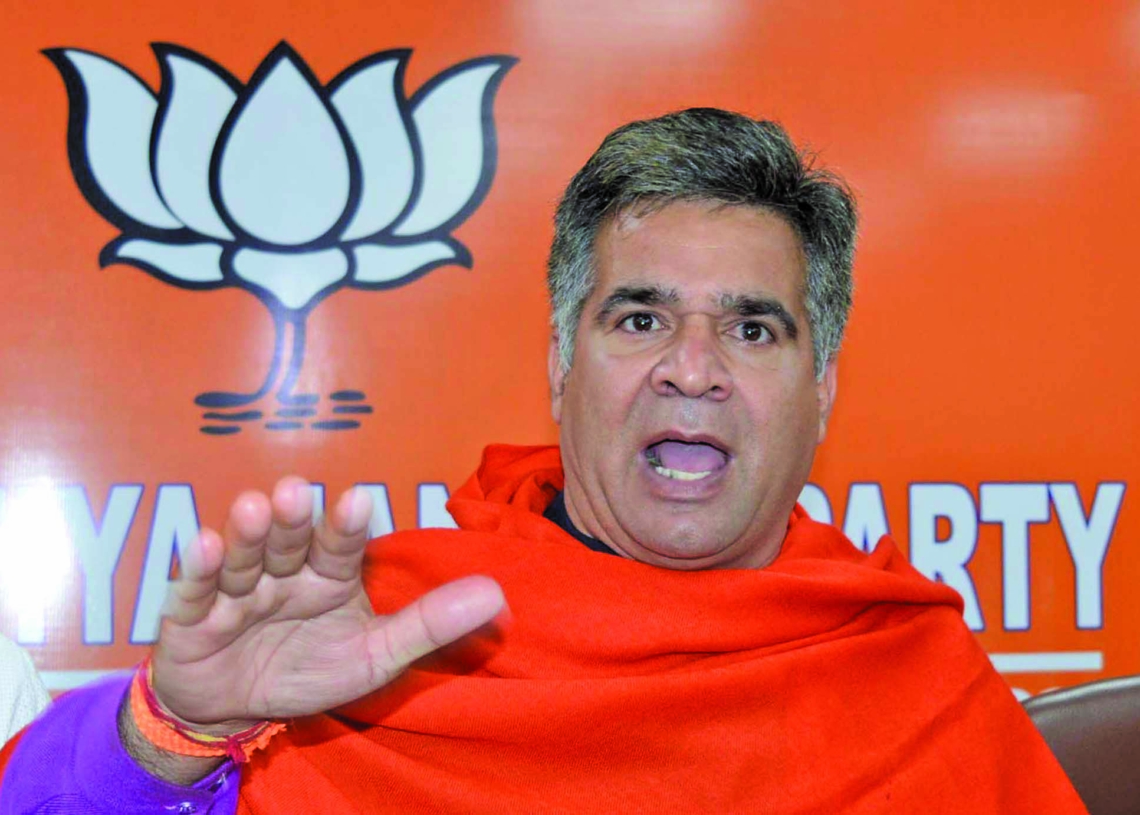 Srinagar: Ahead of District Development Council (DDC) polls, BJP J&K president Ravinder Raina has stoked a major controversy by declaring that Abdullahs and Muftis shall have to chant `Jai Shri Ram’ in the future.

“Just wait and watch. Abdullahs, Muftis, Azads, and others shall have to chant Jai Shri Ram and Bharat Mata Ki Jai,” Raina told a local news channel in Jammu.

Terming People’s Alliance for Gupkar Declaration (PAGD) as `Gupkar gang’, he said CBI, ED, and ACB are after them because they have gobbled up money. “They are fraud. They have swindled money. They will be sent to jail. CBI is going through files. ED and ACB are after them. Whenever Farooq Abdullah, Omar Abdullah and Mehboba Mufti became chief ministers, they looted money. They have always adopted divided and rule policy whenever they were in power,” he said.

Hitting out at PAGD chief Dr. Farooq Abdullah for his China remarks, he said the National Conference president should realize that he is the Member of Parliament from India and not China.

“Dr. Farooq says China will get Article 370 back. Oh Farooq Sahab, please remember you are the MP of India, not China. Jammu and Kashmir is India,” he said.

Raina’s remarks have evoked sharp reaction with PDP going hammer and tongs against the BJP leaders for resorting to abuses and using unparliamentarily language.

“Riana has not to be taken seriously. In fact, nobody from J&K BJP has to be taken seriously because they suffer from serious mental and psychological illness. Whatever Raina has said, it is criminal intimidation. It clearly shows how serious dent this alliance has caused to the right-wing,” said Firdous Tak, PDP spokesman.