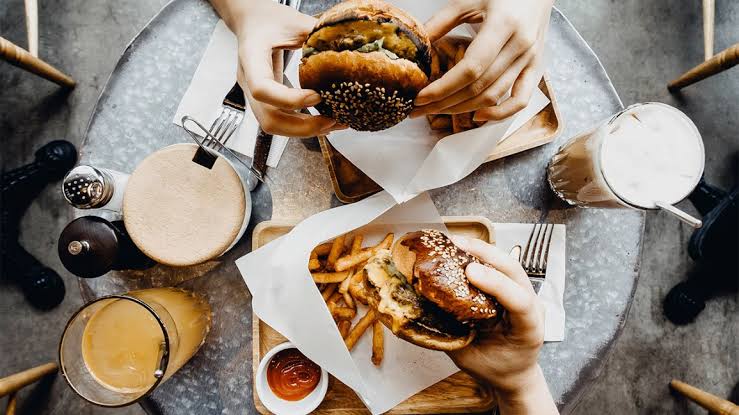 Srinagar:  Thirty-two-year-old IT professional Asif was shell-shocked when he found himself struggling to climb up the stairs.

“Since March, I have spent my days working on the laptop from home. During the stressful nocturnal shifts, I often binged and purged on a lot of junk food and caffeinated drinks. It was something I had no control over,” he said.

Consequently, he developed a disc problem due to excess weight gain. “Along with severe backache, my reports showed an abnormally high number of triglycerides, (Triglycerides are a type of fat (lipid) found in your blood. When you eat, your body converts any calories it doesn’t need to use right away into triglycerides). This was when I decided to consult a dietician,” he said.

Six months into the pandemic, the entire routines of the people worldwide including Kashmir have upended. But that disruption can be triggering for people battling disordered eating.

Clinical dietician at Mother Care Clinics, Qurat-ul-Aan said food is the most abused substance when it is taken negatively.

“For many, eating is a form of control — a coping mechanism tied to stress. During this pandemic, almost everyone tried to divert their mind to something that will relieve them. Food came as an easy option as it has an emotional connection to our senses whether it is a celebration or gloomy sphere,” she said.

Qurat noted that it could be gauged from the barrage of cooking and cake recipes that flooded the social media handle during the COVID lockdown.

“However, it can prove detrimental if the quality of the food lacks nutrients and paves the way to more metabolic disorders,” she said.

The dietician pointed out that she has seen around 500 patients in the age group of 25-50 with various lifestyle and eating disorders since March.

“People who already pre-obese fell into class one and class second obesity. Some of them who were already suffering from a sort of metabolic disorder had developed type 2 diabetes,” she said.

According to a new study in the international journal of eating disorders, eating disorders thrive on secrecy – and pandemic shelter-in-place orders have provided just that for millions.

The study says while many people are taking to binge-eating, the ones suffering from anorexia have been restricting their eating more during the pandemic.

“To keep the mental illness at bay, dietary intervention is much needed so that the people get proper nutrients, make lifestyle changes and most importantly follow behavioral modification, an inculcation of knowledge on what to take, when to take, how to take,” he said.