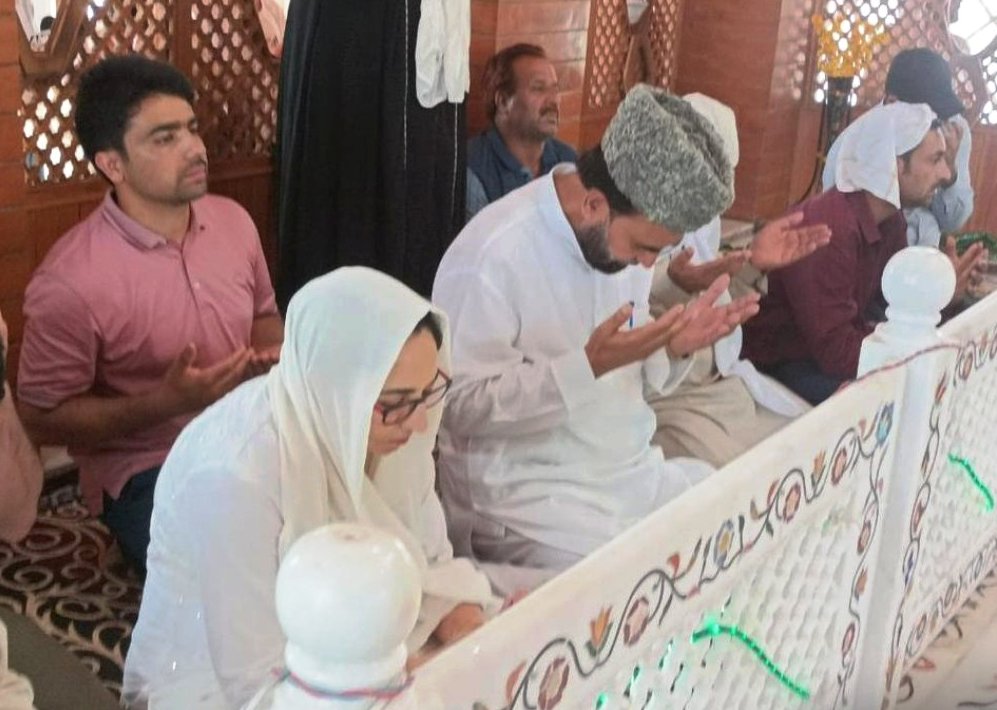 Srinagar: Jammu and Kashmir Waqf Board chairperson Dr Darakhshan Andrabi has warned of strict action against the people falsely claiming to be descendants of the ‘awliya’ (saints) in the union territory.

Without naming anybody, the Waqf Board chairperson said these namesakes were creating ‘misunderstanding’ over the sanctity of the saints in Jammu and Kashmir and the same would not be tolerated.

“There is an issue that we want to raise. You (namesakes) should not link your lineage to the family tree of saints/ awliya as it creates misunderstanding regarding their sanctity. This will not be tolerated and we will take strict action,” Andrabi told reporters after the conclusion of her tour to different areas of the Pir Panjal Valley.

She visited several Sufi shrines during the visit and said cases of namesakes claiming lineage to the saints had surfaced at several places.

“This happened in Kishtwar and this reportedly happened at Syed Sahab Simnani dargah where people falsely linked their lineage to the awliya. Conferring the status of a ‘wali’ to someone just like that is unacceptable. If this is happening in Pir Panjal or anywhere else in Jammu and Kashmir, we will take strict steps,” Andrabi said.

She said the caretakers of the shrines should stay within their ‘limits’ and also warned those that had ‘grabbed’ the Sufi shrines in Jammu and Kashmir.

“If there is a ‘khidmatgaar’ who has taken care of a shrine or served there, he should stay within his limits and not link himself to the lineage of awliya. And those who have grabbed the dargah premises should refrain themselves. Otherwise, be ready for legal action,” she said.

Regarding the accident prone areas of the Pir Panjal range, Andrabi said the matter will be taken up with the administration.

“We will take up the matter with the administration so that hospitals are set up in the accident prone areas,” she said.

Andrabi also conducted an on spot inspection of the rented properties of the Waqf Board in the area. She warned people that considered the Waqf properties ‘their own’ and said the board would take strict action against them too.