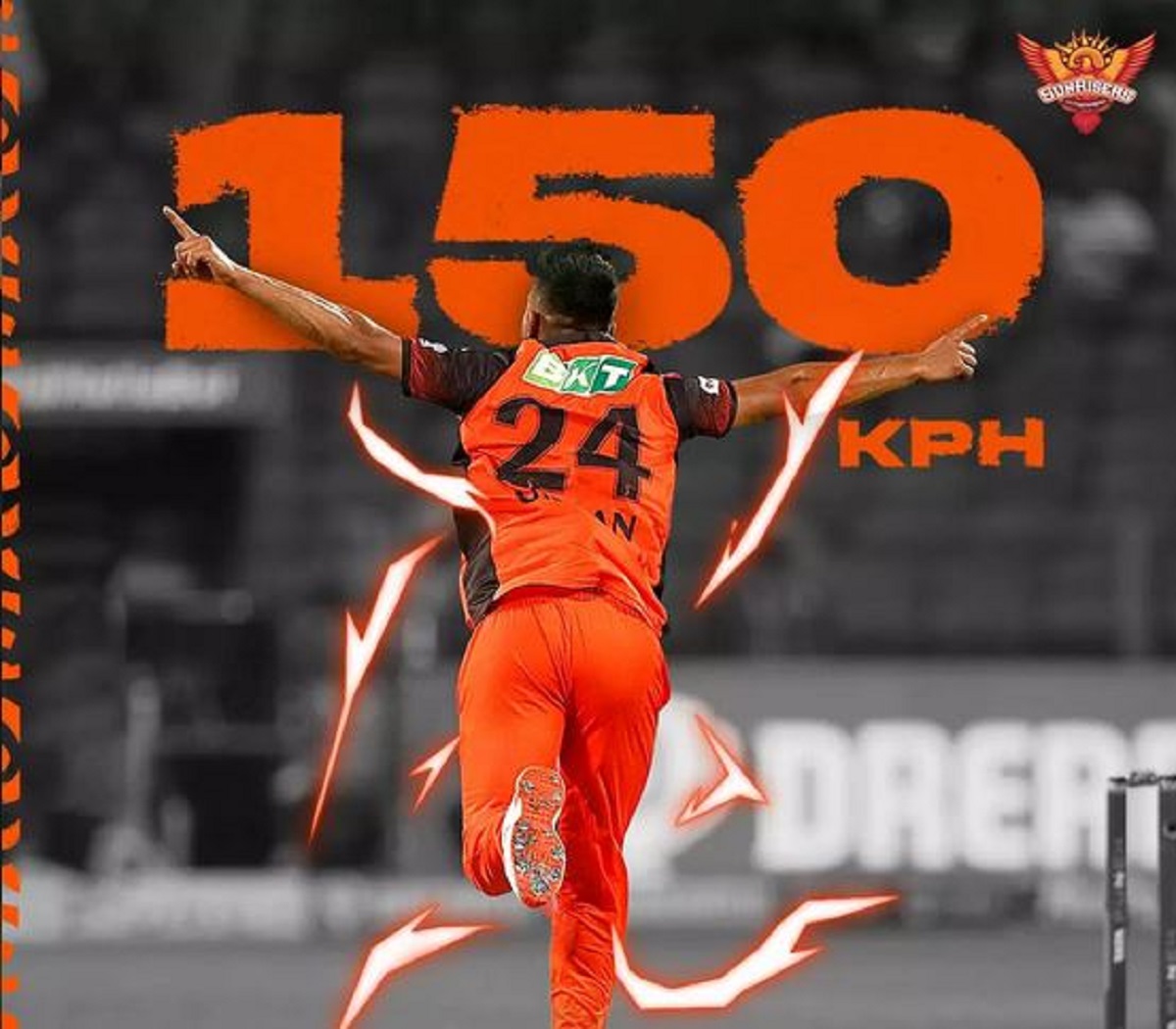 If there is one bowler who is making the biggest statement in the ongoing Indian Premier League (IPL), it is our own J&K lad Umran Malik.

The speedster has impressed everyone with the tearing pace and skills as a depth bowler. His terrific spell of 4/28 againt Punjab Kings on Sunday was just another feather in his cap.

He is really knocking loudly on the doors of the Team India selectors and it is only a matter of time that Umran will be seen in the blue jersey.

SRH cricketer Glenn Phillips during a mid-game interaction with the broadcaster revealed how difficult is it to face Malik’s thunderbolts during the nets with the pacer not compromising on his speed.

“He’s absolutely rapid,” Phillips said. “Facing him in the nets is a nightmare. I’ve got my chest guard on to not get hurt. Imagine what those balls (during the contest) will be feeling out there.”

“When it comes to bowling first (in the heat), we really have to keep hydrating as much as possible. The heat is really playing a big part. Hopefully, we keep them in check and he (Umran) keeps bowling at that pace,” he added.

Considering the pace with which Malik bowls, batters target the third man region to score easy boundaries which has prompted SRH captain Kane Williamson to better guard that area.

“I think Kane and Umran have probably talked to each other and understood that having a slip in place is a waste at this point when Umran is bowling at that sort of pace. Having two men at third man isn’t a bad option. It’s also a different thing that batters aren’t used to seeing,” he explained.