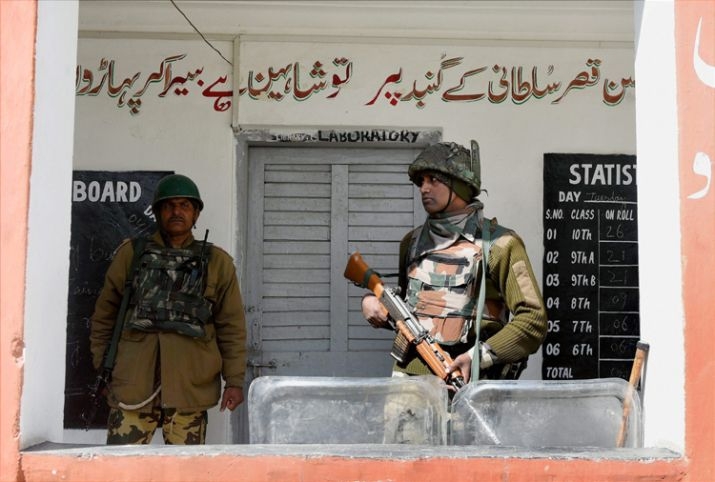 Srinagar, Apr 14: Two years after Srinagar Lok Sabha bypolls made news for the wrong reasons, the security arrangements will be put to test in this constituency with over 12 lakh voters on April 18.
The Srinagar Lok Sabha bypoll, necessitated after PDP leader Tariq Hamid Karra resigned from the lower house of Parliament, was marred by violence and saw the lowest ever voter turnout of 7.2 per cent.
Nine persons were killed in security forces’ action against protestors in different parts of the constituency and an Army officer used a shawl weaver as a human shield on polling day.
This year, stringent security measures have been put in place to prevent any untoward incidents. Additional security personnel have been deployed in the three districts — Srinagar, Ganderbal and Budgam — that make up the Srinagar Lok Sabha seat.
The fate of 10 candidates would be decided by 12,90,318 voters.
Prominent among these candidates is National Conference (NC) president and former chief minister Farooq Abdullah, who is in the running to enter the Lok Sabha for the fourth time.
Farooq faces a challenge from Aga Syed Mohsin of the Peoples Democratic Conference (PDP), who had contested as an independent in the 2014 parliamentary elections.
Political observers feel that by fielding a “weak” candidate in Mohsin, the PDP might have conceded the Srinagar Lok Sabha seat to Farooq.
However, PDP spokesperson Harbaksh Singh said it would be wrong to write off Mohsin just yet.
“He (Mohsin) had contested 2014 Lok Sabha polls and won a significant number of votes. He is a prominent Shia leader and scholar. Moreover, he has the backing of the biggest political party of the state,” Singh said.
Sajad Gani Lone-led Peoples Conference has emerged as an alternative to the NC and the PDP in regional politics.
The party, which moved out of the separatist camp in 2009 to return to electoral politics, won the mayoral elections to Srinagar Municipal Corporation.
The Peoples Conference has fielded businessman Irfan Ansari, a greenhorn, against Farooq.
Ansari, however, has his elder brother Imran Ansari, a prominent Shia leader and former minister, to guide him.
The 41-year-old businessman is confident that he will be able to connect with the youth.
“I represent the younger generation and I believe I am more in touch with the problems and realities faced by today’s generation and would be able take on the challenges confronting the generation of today,” Ansari said.
“I will not only be able to understand them well but also try and find a way to resolve those problems,” he added.
The BJP too has fielded a debutant, party spokesperson Khalid Jehangir, from the seat.
Jehangir was vice chairman of Jammu and Kashmir Project Construction Corporation, a state PSU, during the PDP-BJP coalition government in Jammu and Kashmir.
The Congress, an ally of the NC, has decided not to field any candidate against Farooq. It had not fielded any candidate opposite the NC patron even in 2017.
Farooq (83) has lost an election only once in his 42-year-long political career.
He was first elected to the Lok Sabha in 1980. However, he returned to state politics due to the failing health of NC founder and his father Sheikh Muhammad Abdullah in 1981.
Farooq first became the chief minister of Jammu and Kashmir in September 1982, following his father’s death.
He remained part of state politics till 2002, when he passed on the torch to his son Omar Abdullah
However, Omar’s loss in the 2002 Assembly election put paid to his hopes and the NC, despite emerging as the single largest party, decided to sit in the opposition.
Farooq stayed away from active politics for several years but made a comeback after first winning Rajya Sabha elections in early 2009. He entered the Lok Sabha for the second time in May 2009.
As many as 1,716 polling stations have been set up in Srinagar.
For migrant voters of the constituency, 26 polling stations have been set up including 21 in Jammu, one in Udhampur and four in New Delhi.