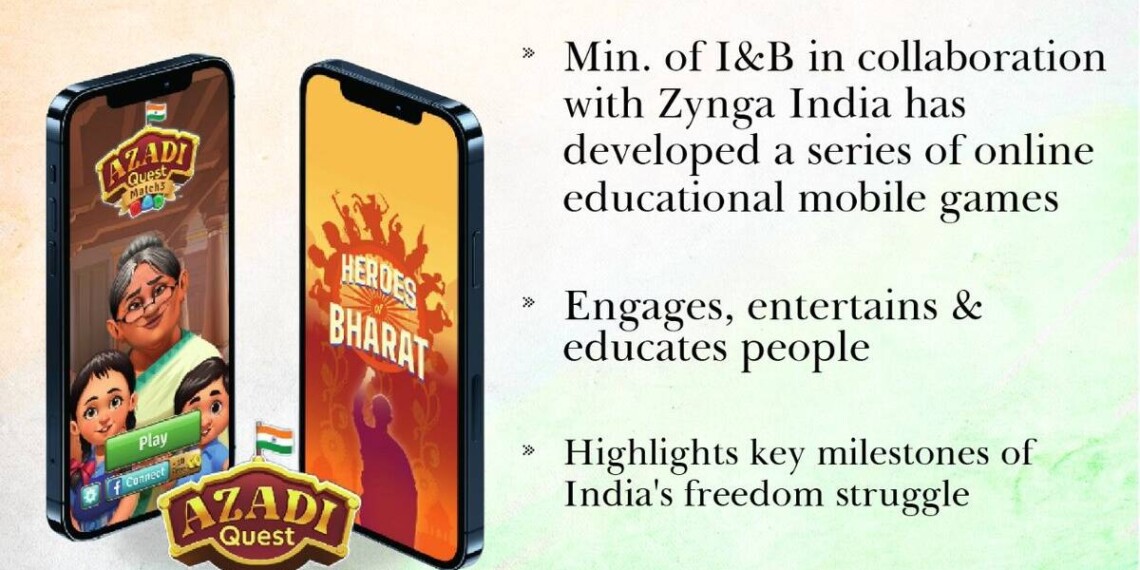 After the launch, Thakur said that the move is part of a series of efforts by the government to acknowledge the contributions of our freedom fighters and unsung heroes of the freedom struggle.

“These games are an effort to tap into the huge market of online gamers and to educate them through games. Various arms of the government have collected information about the unsung freedom fighters from different corners of the country. Azadi Quest is an effort to make the learning of this knowledge engaging and interactive,” Thakur said.

The minister expressed confidence that people of all age groups will be hooked to these games, which will become household favorites.

Speaking on the rising Animation, Visual Effects, Gaming, and Comics (AVGC) sector in India, Thakur said it has been a continuous effort of the Ministry of Information and Broadcasting to nurture the AVGC sector in India.

“In the past few years, India has risen to stand among the top five countries in the gaming sector. The gaming sector grew by 28 percent in 2021 alone. The number of online gamers has risen by 8 percent from 2020 to 2021 and by 2023 the number of such gamers is expected to reach 45 crore,” he said.

The minister noted that these apps will bolster the capabilities of our AVGC sector and at the same time take our glorious history to different corners of the world.

The first game in the series is Azadi Quest: Match 3 Puzzle’, a simple and easy-to-play casual game presenting the players with the colorful journey of India’s Independence from 1857 to 1947.

On the other hand, Azadi Quest: Heroes of Bharat’ is designed as a quiz game to test the knowledge of the players about the heroes of India’s freedom movement through 750 questions spread across 75 levels.