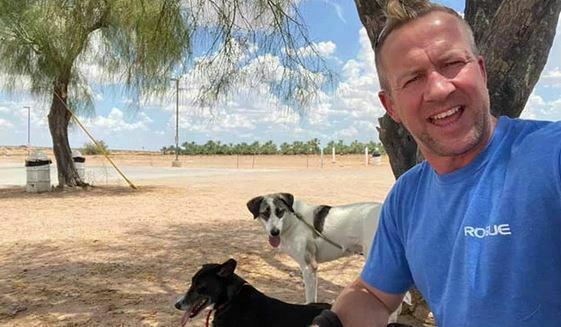 A former U.K. Royal Marine who headed a charity in Afghanistan was able to leave the country with almost 200 rescued dogs and cats but not with his charity’s Afghan staff, who were left behind in Kabul.

Iain McGill, a veterinarian involved in the effort, as per the report, said the animals appeared healthy and had been placed in quarantine.

Farthing, who started the Nowzad charity after serving with British forces in Afghanistan 15 years ago, was eligible for evacuation in Britain’s military airlift along with Afghan members of his staff and their dependents. But he refused to leave without the animals.

For days, Farthing used social media and press interviews to chronicle his attempts to depart with his four-legged companions amid the chaotic exodus from Kabul airport, as his supporters lobbied the British government for help with a rescue effort dubbed Operation Ark.

Farthing gained backing from celebrities including comedian Ricky Gervais, and many offers to adopt the rescued animals. But he also drew criticism from those who said the case was draining time and energy from the task of rescuing Afghans at risk from the country’s new Taliban rulers.