‘Everything went dark’: Man swallowed by a whale, he survives to tell the tale 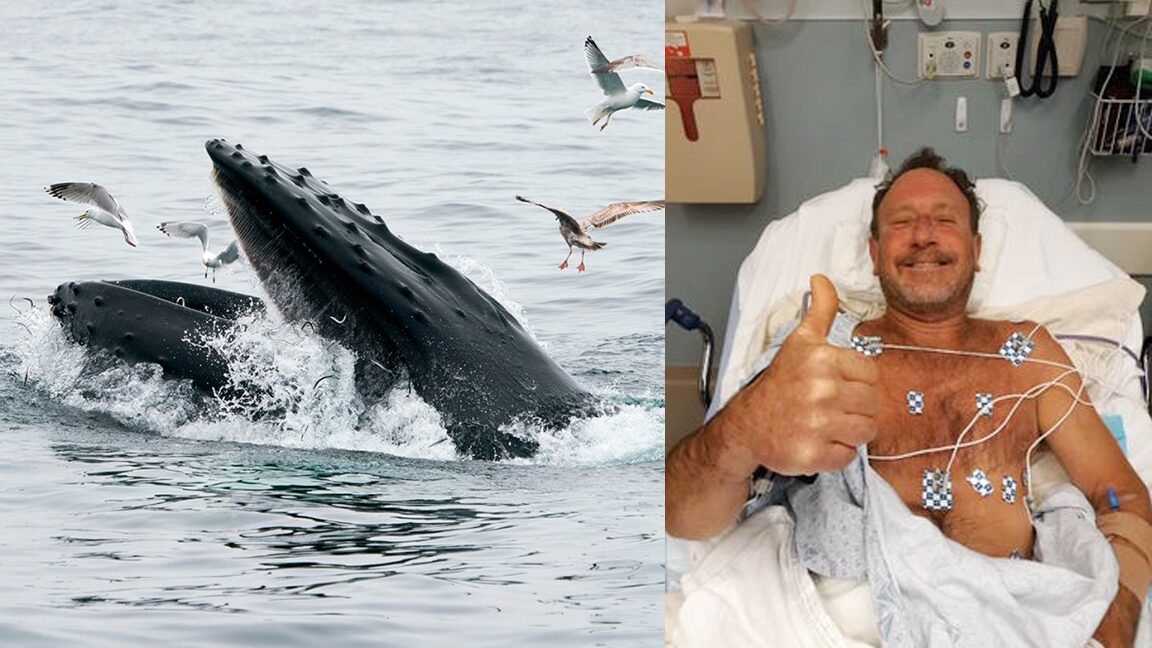 In an extraordinary turn of events, a lobster diver in US was swallowed whole by a humpback whale. Thankfully, the 56-year-old man named Michael Packard lived to tell the tale after the world’s largest animal spat him back out. The incident took place in Cape Cod in Massachusetts, USA.

Packard took to Facebook to share his story on a page called Provincetown Community Space. “Hi everyone, I just want to clarify what happened to me today. I was lobster diving and a humpback whale tried to eat me. I was in his closed mouth for about 30 to 40 seconds before he rose to the surface and spit me out. I am very bruised up but have no broken bones. I want to thank the Provincetown rescue squad for their caring and help,” his Facebook post reads.

“All of a sudden, I felt this huge shove and the next thing I knew it was completely black,” Packard told Cape Cod Times after being released from Cape Cod Hospital in Hyannis, where he was treated for the injuries he suffered.

“I could sense I was moving, and I could feel the whale squeezing with the muscles in his mouth,” he added. “I was completely inside; it was completely black,” Packard further told to Cape Cod Times. “I thought to myself, ‘there’s no way I’m getting out of here. I’m done, I’m dead.’ All I could think of was my boys — they’re 12 and 15 years old.”