‘Every person is at risk’: Kashmir hospitals witness surge in COVID reinfections 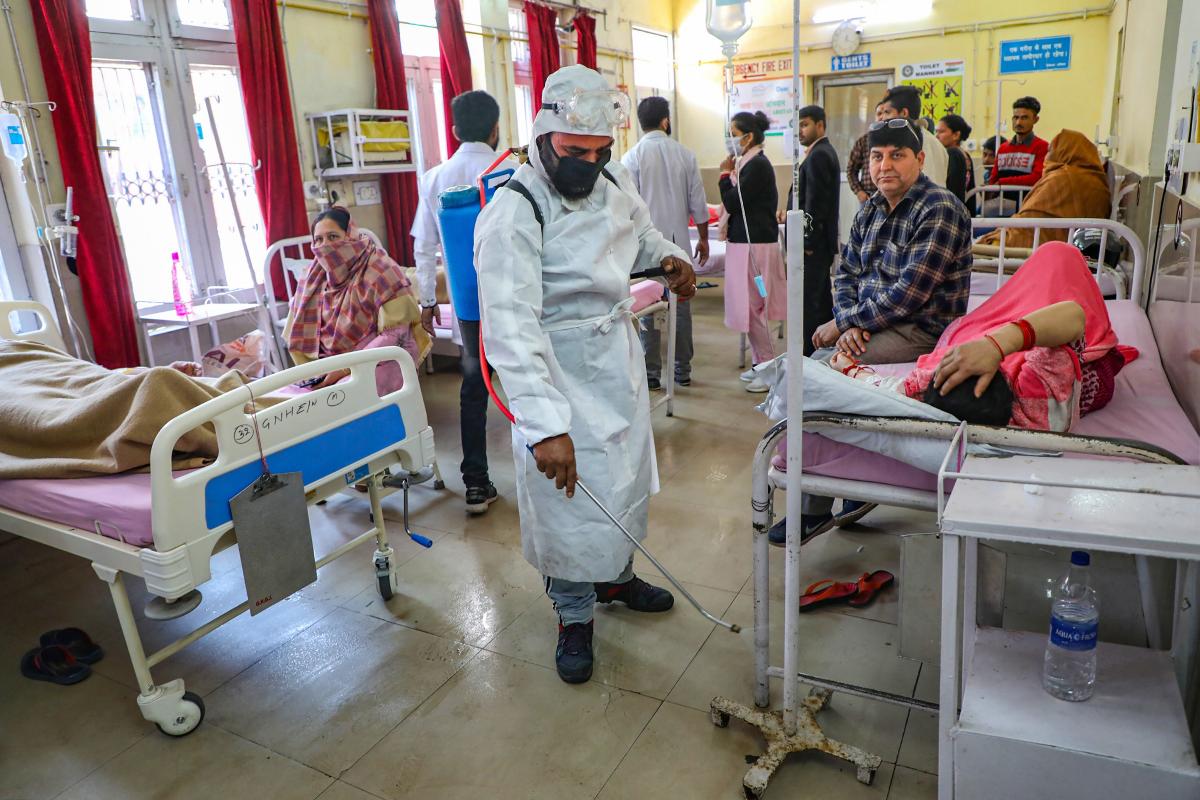 Srinagar: Forty-five-year-old Sayema (name changed) was infected with COVID-19 last year.  It was a nightmarish experience. She had to follow a long treatment plan as her lungs had been severely affected.

When she had started heaving a sigh of relief, she started showing Covid-like symptoms again. Doctors advised her to go for a test again. To her shock, she was again tested positive.

“Despite taking all the precautions, I contracted the infection. Though the symptoms are mild, it is very depressing,” she said.

Sayema is under home isolation and is regularly taking advice from a doctor on phone.

Sayema is not an isolated case of re-infection. Scores of people are facing the same situation.

Doctors claimed that they receive numerous cases of re-infections every day. “We have a good proportion of patients who have been re-infected with COVID-19. Many patients, who had recently recovered from Delta variant are re-infected possibly with Omicron,” a senior doctor from SKIMS said.

“It is proven beyond doubt, that Omicron is 4-5 times more transmissible with R naught 5 – 7 times of Wuhan virus. Seemingly the earlier data from South Africa, augmented by Oxford and Danish studies showed it is less pathogenic and more asymptomatic in comparison to prototype,” he added.

“Every person including those who were infected during the last two waves is at higher risk of getting COVID-19 if they don’t follow SOPs. Right now, patient load is very much,” he said.

Prof Khan, however, said that they mostly receive patients with mild symptoms. “The symptoms are mostly mild and such patients are being advised to undergo home isolation,” he said.

With a recovery rate of over 93 percent, the total number of COVID-19 cases in Jammu and Kashmir has increased to 362200. As many as 4572 people have died due to the disease so far